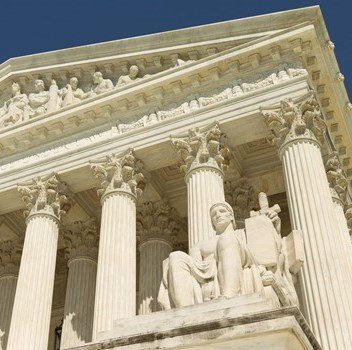 On March 22, 2017, the Supreme Court decided Czyzewski v. Jevic Holding Corp., holding that a bankruptcy court may not approve a structured dismissal of a Chapter 11 bankruptcy case if the order does not comply with the priority rules of the Bankruptcy Code. 580 U.S. __ (2017).

In Jevic, after the liquidation of all of the debtor’s assets, the case was administratively insolvent unless the parties agreed to a negotiated settlement. In the end, all of the parties agreed to a settlement except for certain former employees asserting WARN claims against the debtor. The resulting settlement agreement provided for additional funding from senior creditors and payment of unpaid administrative expenses, priority taxes, 503(b)(9) claims and a small dividend to unsecured creditors It provided for no payment to the WARN claimants, allowing them to pursue their claims against the debtor and another creditor. The WARN claims were priority employee claims and the settlement provided for distributions to low-priority level unsecured and priority tax claimants. The bankruptcy court approved the settlement under Bankruptcy Rule 9019 and ordered the case dismissed pursuant to the terms of the settlement over the objection of the WARN claimants and the United States Trustee. The district court and the Third Circuit affirmed the bankruptcy court’s decision, but the Supreme Court ultimately reversed.

Many have interpreted the Jevic decision as a “structured dismissal” that  is prohibited by the Bankruptcy Code. Dan Dooley of MorrisAnderson served as the Chief Restructuring Officer of Jevic Holding Corp. and played a pivotal role in negotiating the underling settlement. Dan maintains that a more careful examination of the case reveals the focus on the case  is misplaced. Instead, Jevic is actually an absolute priority rule decision that may have a substantial impact on a number of Chapter 11 bankruptcy cases and it does not  prohibit the use of structured dismissals that meet that priority rule.

Dan’s insights on the Supreme Court’s decision in Jevic and its applicability to Chapter 11 practice include the following:

The Jevic decision may be interpreted to require a heightened burden of proof for pre-plan distributions or payments to creditors, such as motions to pay critical vendors or employees, requiring proponents of such motions to demonstrate that there is a more specific bankruptcy purpose for the motions.

In the Jevic opinion, Justice Breyer discusses interim distributions that do not comply with the priority scheme (i.e., first day wage and critical vendor orders). Courts may decide that the normal notice procedure for first day motions (service on secured creditors and the 20 largest unsecured creditors) is no longer sufficient when a first day motion provides for a distribution that may implicate the absolute priority rule.

The Department of Justice, which oversees the U.S. Trustee’s Office, joined in the appeal in Jevic and was given time to argue before the Supreme Court. The Jevic decision may encourage U.S. Trustee’s Offices to more often raise and more forcefully argue the absolute priority rule, including sub rosa plan arguments in response to section 363 sales and subsequent distributions, which were mentioned by Justice Breyer.

It is clear that the Jevic case will be cited by courts for many years to come. Since the decision, at least six bankruptcy cases have cited Jevic as support for rulings on a wide variety of issues. We will have to wait to see how further courts interpret Jevic, but if Dan is correct, Jevic will have a profound impact on Chapter 11 bankruptcy cases. Dan will be presenting on Jevic at the Turnaround Management Association Education Event on October 12, 2017, with Sarah Olson, from Fredrikson & Byron, and Connie Lahn, from Barnes & Thornburg.