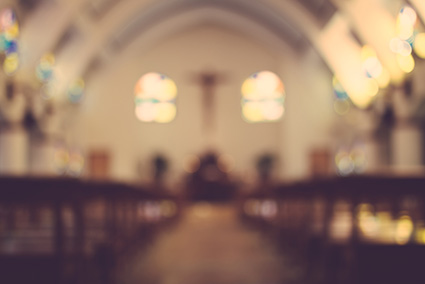 When the Minnesota legislature opened a three-year window for victims of sexual abuse to commence lawsuits, hundreds of lawsuits were filed against the Archdiocese of St. Paul and Minneapolis and other Catholic dioceses and organizations. The thee-year window closed on May 25, 2016. Some of the cases filed during the three-year window were tried or settled, but a large number remained. The total potential exposure exceeds the ability of the different Catholic entities to pay. Some insurance, on policies written in the 1960s through the 1980s, is available, but the insurers regularly assert defenses or pay only begrudgingly. The Archdiocese and several other Minnesota Catholic entities filed chapter 11 bankruptcy cases, joining about 15 others around the country. The Archdiocese case has been settled, and its plan was recently confirmed on September 25, 2018. But along the way, the battles between the Archdiocese and the committee representing the victims (the Committee) have resulted in court decisions on two subjects of broad importance in chapter 11 cases generally.

The assets subject to administration in a chapter 11 case are those that belong to the debtor, here the Archdiocese. Related entities, such as the parishes and Catholic schools within the geographic region served by the Archdiocese, are separate legal entities, as authorized by Minnesota statutes. However, the Committee took the position that the assets of those separate entities should be made available as part of the payments from the Archdiocese and moved the court to “substantively consolidate” the assets of the non-debtors with the assets of the Archdiocese’s bankruptcy estate. That argument was based primarily on the degree of control the Archdiocese wields over those other entities. When related entities, such as a parent and subsidiaries, are all bankruptcy debtors, it is not rare for the bankruptcy court to consolidate them into a single case, with one pool of assets and with the creditors of each of the entities having claims against that single pool. That procedure is not explicitly authorized by the Bankruptcy Code, but a fairly well-developed set of principles have evolved as to when the “extraordinary remedy” of substantive consolidation is appropriate. This remedy has been recognized in the Eighth Circuit, where the Archdiocese’s case was filed.

The Committee’s motion, however, took that a step further and sought the consolidation of assets of non-debtors with those assets in the bankruptcy estate. It is even harder to find authority in the Bankruptcy Code or case law for substantive consolidation with non-debtors. Some courts elsewhere in the country have said flatly that it cannot be done. The Ninth Circuit is the only circuit which has allowed it.

In the Archdiocese case, Judge Kressel denied the motion. In the end, his ruling was based on the fact that consolidating the non-debtors, which are nonprofit entities, would in effect constitute an involuntary bankruptcy against them and would violate the section of the Bankruptcy Code that prohibits involuntary cases against such nonprofits. He went on to discuss, in great detail, the ways in which the pleadings in favor of the motion fell short of what the court needed to seriously consider such a motion. The District Court affirmed on both grounds with an extensive discussion on both issues. The Eighth Circuit affirmed only on the basis substantive consolidation of nonprofit, non-debtor entities is prohibited by the Bankruptcy Code. The three opinions written by these courts provide a valuable exposition on the topic.

The Archdiocese and the Committee, unable to reach agreement a year ago, submitted competing plans of reorganization. If confirmed, the Archdiocese’s plan would have discharged all of the sexual abuse claims made against it (in return for a substantial sum of money), but the plan went a step further and provided for releases (also called channeling injunctions) protecting the insurers, the non-debtor parishes, and other Catholic entities. Again, the third-party releases are not explicitly authorized by the Bankruptcy Code. Some circuit courts have ruled that such releases are not permitted. Other circuit courts have allowed them, under some circumstances. Whether such releases are permitted in a particular circuit is sometimes a significant factor in where a bankruptcy case is filed. In the Eighth Circuit, there is no opinion at the circuit court level. There is, however, a thoughtful opinion by a Missouri bankruptcy judge in the Master Mortgage case that concluded that such releases could be allowed under certain limited circumstances, which the decision spells out in some detail.

Judge Kressel reviewed the leading decisions of all the circuit courts. He then established “a rule for this case.” He concluded that “such provisions are permissible and that plans containing third-party releases can be confirmed under appropriate circumstances.” His four factors are: “(1) large or numerous liabilities against the debtor and the co-liable parties to be released, (2) a substantial contribution from the non-debtor co-parties, (3) the importance of the third party releases to the reorganization process, and (4) significant acceptance of the plans by the group of creditors who are being asked to give their claims against third parties.” He found that the Archdiocese plan did meet the first three factors, including finding that the “released” third parties made substantial contributions to the plan. But he found that the plan did not meet the fourth factor, which requires a substantial acceptance of the creditors that would be losing their rights. Given that a majority of the affected creditors, the sexual abuse victims, had voted against the plan, Judge Kressel denied confirmation of the Archdiocese plan.

He also declined to confirm the Committee’s plan, for other reasons, and sent the parties back to the negotiating table. He sent them off with a strongly-worded admonition, both criticizing the parties and encouraging them. The parties did finally reach agreement, with some further financial contributions coming from the insurers and the non-debtor Catholic entities, with the court approving the related third-party releases.

The Archdiocese case and cases of the others Catholic entities still in process in Minnesota will have a powerful impact on the victims, the Catholic community and the larger Minnesota community. But after that has faded, the decisions here described will continue to have an important impact on the bankruptcy law and practice.