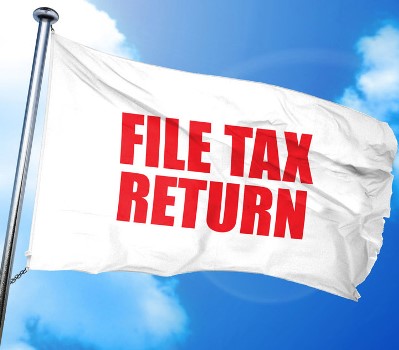 Under older case law, a debtor was still able to discharge tax debt arising from a late filed return in certain circumstances. The majority of courts considering the issue concluded that income tax debt arising from a late-filed return could be discharged if, among other things, the tax return was filed (1) before a tax assessment occurred by the taxing authority and (2) if the debtor had acted in good faith in filing the returns, albeit late. The 8th Circuit had adopted this majority rule. See In re Colsen, 446 F.3d 836 (8th Cir. 2006).

The 2005 amendments to the Bankruptcy Code (BAPCPA) may have changed the majority rule. Included in BAPCPA was an amendment to section 523 to add a definition of what constitutes a tax return. Under the amendment, the “term ‘return’ means a return that satisfied the requirements of applicable nonbankruptcy law (including applicable filing requirements). . . .” 11 U.S.C. §523(a)(*). Many filing requirements in state or federal tax law include deadlines by which a return is due. A literal reading of this provision, therefore, could result in a late-filed return never constituting a “return” for purposes of section 523, resulting in the tax debt being excepted from discharge.

As a result of the amendment, courts have been reexamining the issue of whether tax debt for a late-filed return may be discharged. A recent bankruptcy court decision from Arkansas, In re Kline, 581 B.R. 597 (Bankr. W.D. Ark. 2018), casts doubt on the viability of the pre-BAPCPA majority rule adopted in Colsen.

In Kline, the debtor sought a declaration from the court that income taxes owed to Arkansas for the years 1998 to 2008 were discharged in the debtor’s chapter 7 case. The debtor and the state stipulated that the returns for the taxes had been filed in November 2013, or more than 14 years after the earliest return was due. The State assessed the taxes within one week of the filing of the returns. The Court found that the only possible exception to the discharge of the debt was section 523(a)(1)(B). Under Colsen, that might have been the end of the inquiry and the court may have found the tax debt discharged. But the court noted that Colsen arose from a case filed before BAPCPA was adopted in 2005 and therefore Colsen may no longer be controlling.

The Kline court noted the BAPCPA amendment added the definition of “return.” The court reasoned that the question became whether the filing requirements include the applicable tax law deadlines for filing a return. The court examined two divergent lines of cases on the issue. Under one line, courts had concluded that a plain reading of the provision required the inclusion of the filing deadlines as filing requirements. As a result, these courts reasoned that a late filed return was not a “return” under section 523, and the associated tax was excepted from the discharge. The second line of cases rejected this approach for a variety of reasons, including the harsh results it produced. (Note that under a plain reading, a one day late filed return did not qualify as a return and therefore the tax debt could never be discharged). These courts also reasoned that the intent of the discharge is to give honest debtors a fresh start, and such a harsh result should be avoided if possible. Finally, they noted a literal application of the amendment could render other provisions in section 523(a) superfluous, a result to be avoided.

The Kline decision is in conflict with at least three circuit level cases, but is consistent with other case law. And, as noted above, the Kline decision casts doubt on the viability of Colson. Time and additional litigation will be needed to determine where the 8th Circuit will come out on the issue.