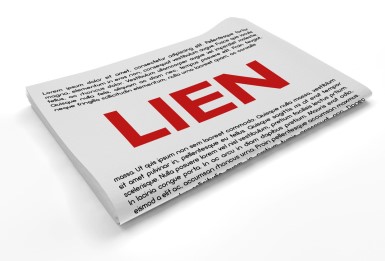 Under the Bankruptcy Code, a preference payment is commonly defined as a transfer of property of the debtor within 90 days before the bankruptcy filing to or for the benefit of a creditor on account of an existing debt while the debtor was insolvent, allowing the creditor to receive more than it would otherwise receive in a chapter 7 liquidation. Most attorneys are familiar with the normal defenses to an asserted preference claim: (1) the payment was in the ordinary course of the debtor’s and creditor’s business, (2) there was a contemporaneous exchange of new value, or (3) the creditor provided subsequent new value after receiving the payment. However, when the creditor receiving the alleged preferential payment would otherwise have the ability to assert and perfect a statutory lien (such as mechanic liens, materialman liens, artisan’s liens, warehouseman’s lien or landlord’s lien), what additional defenses may the creditor assert in its defense to an asserted preference claim?

Entitled to Treatment as Secured Creditor

In order to demonstrate that a transfer is preferential, a trustee must demonstrate, among other things, that the transfer enabled the creditor to receive more than the creditor would have received in a hypothetical chapter 7 liquidation. It is commonly accepted that a transfer to a fully secured creditor cannot constitute a preference payment because, under a hypothetical chapter 7 liquidation, the secured creditor would be entitled to the value of its collateral.

The courts employ a two part test: (i) at the time of payment, was the creditor entitled to perfect the lien under state law and (ii) the perfection would not be avoidable under the Bankruptcy Code. In re 360nettworks (USA) Inc., 327 B.R. at 193. Some courts have added a requirement the creditor’s lien rights must apply to property the debtor and not property of a third party because otherwise the creditor would not be treated as a secured creditor in a hypothetical chapter 7 case. In re Pameco Corp., 356 B.R. 327, 336 (Bankr. S.D.N.Y. 2006); In re VCW Enterps., Inc., No. BR 13-00224, 2015 WL 224385, at *3 (E.D. Pa. Jan. 15, 2015). Thus, to the extent a creditor would have been entitled to perfect a statutory lien in the debtor’s property at the time of the alleged preference payment, the creditor’s entitlement to secured creditor status is a strong tool in the creditor’s preference defense toolbox.

The release of a lien may be important to third parties, especially when the lien may attach to the third party’s property. In these situations, the third party may pay the debtor and instruct the debtor to pay the creditor to release the lien (i.e., the property owner pays a general contractor with instructions to pay a subcontractor), providing the creditor with an additional defense under the earmarking doctrine.

The earmarking doctrine involves the payment by a third party to the debtor with the funds “earmarked” to pay an obligation to a creditor. Courts have ruled that, because the funds were received from an outside third party and “earmarked” for the creditor, the payment does not constitute a preferential payment because the debtor did not control the funds as required by 11 U.S.C. § 547. Most courts, including the Eighth Circuit, have adopted a three-part test to determine if the transaction qualifies for the earmarking doctrine:

(1) the existence of an agreement between the new lender and the debtor that the new funds will be used to pay a specified antecedent debt,

(2) performance of that agreement according to its terms, and

(3) the transaction viewed as a whole (including the transfer in of the new funds and the transfer out to the old creditor) does not result in any diminution of the estate.

Nevertheless, depending on the specific facts and the agreement present between the third party and the debtor, the earmarking may be another tool for creditors holding statutory liens to use in defense of a preference demand.