Section 365(n) of the Code: The Intersection of Bankruptcy and Intellectual Property
04.17.2018Cynthia A. Moyer 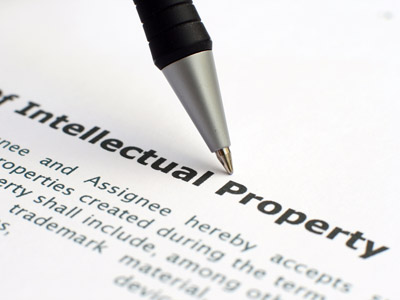 What can a trademark licensee do when the licensor files for chapter 11 protection? The answer, at least for now, depends on where the debtor’s chapter 11 case is venued.

In a case of first impression, the United States Court of Appeals for the First Circuit recently held that the protections afforded to licensees of intellectual property do not extend to trademark licensees or holders of exclusive distribution rights. Mission Product Holdings, Inc. v. Tempnology LLC, Case No. 16-9016 (1st Cir. January 12, 2018). In so holding, the First Circuit expressly rejected the analysis of the landmark Seventh Circuit case, Sunbeam Prods., Inc. v. Chicago Am. Manuf., LLC, 686 F.3d 372 (7th Cir. 2012), cert. denied 133 S. Ct. 790 (2012), in which the Seventh Circuit held the opposite.

Debtor Tempnology, LLC filed bankruptcy on September 1, 2015. The day after filing, it moved to reject a marketing and distribution agreement (Agreement) with Mission Product Holdings, Inc. (Mission). Under the Agreement, the Debtor had granted Mission the following rights: an irrevocable, perpetual, worldwide nonexclusive license to certain patents; a nonexclusive limited license to certain trademarks; and exclusive distribution rights. The parties agreed that Section 365(n)(1) of the Bankruptcy Code permitted Mission to retain its rights to the patents. But the Debtor disagreed with Mission about any remaining rights to the trademarks or exclusive distribution rights.

The First Circuit began by focusing on 11 U.S.C. § 365(a), which “defines the scope of the Debtor’s ability, ‘subject to the court’s approval,’ to ‘assume or reject any executory contract or unexpired lease of the debtor.’” The court then turned to Section 365(n)(1), enacted by Congress in 1988, which gives “a licensee of intellectual property rights a choice between treating the license as terminated and asserting a claim for prepetition damages–a remedy the licensee already had under section 365(g)–or retaining its intellectual property rights under the license.”

What Is Intellectual Property?

At the same time it enacted 365(n), Congress also amended the definition of “intellectual property” so it is defined as follows:

With that background, the First Circuit quickly dispensed with Mission’s argument that its exclusive distribution agreement represented “intellectual property.”

The Debtor Risks Losing its Trademark Through a Naked License

The First Circuit then turned to the issue of the trademark license rights. It began by noting that trademark licenses are not mentioned in the definition of intellectual property. It also noted that the Senate Report states that “Congress ‘postpone[d]’ action on trademark licenses ‘to allow the development of equitable treatment of this situation by bankruptcy courts.’” Id. (citing S. Rep. No. 100-505, at 5).

The First Circuit disagreed, finding a trademark license imposes obligations on the licensor that would not be extinguished if the licensee were able to continue using the trademark under a rejected license. Specifically, under trademark law a trademark licensor is obligated to monitor and police the use of its marks and the quality of the goods sold under the marks. Failure to do so can result in a so-called “naked license,” which can result in abandonment of the trademark rights. The court concluded that “the approach taken by [the Seventh Circuit in] Sunbeam entirely ignores the residual enforcement burden it would impose on the debtor just as the Code otherwise allows the debtor to free itself from executory burdens.”

Thus, under the First Circuit’s analysis the trademark licensee in Mission Product Holdings is left only with a pre-petition breach of contract claim, rather than rights under a trademark license.