Squandered Claim? Creditor’s “Veil Piercing” Cause of Action Held to Be Receivership Property – Even After the Receivership Ended
10.10.2018James C. Brand 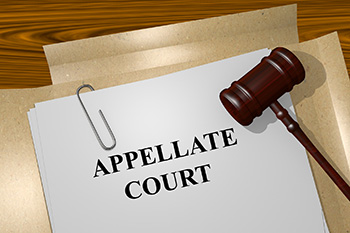 In a recent decision, the Minnesota Court of Appeals affirmed a receiver’s power to pursue a creditor’s “veil piercing” claims against insiders of the company in receivership and blocked the creditor from pursuing those same claims after the receivership ended. Aaron Carlson Corp. v. Cohen, No. A18-0100 (Minn. Ct. App., October 1, 2018).

In 2015, Aaron Carlson Corporation (ACC) sued LSI Corporation of America (LSI) for breach of contract. In 2016, several other creditors of LSI also sued LSI and sought and obtained the appointment of a receiver over LSI. The receiver sold LSI’s property, and the district court authorized a distribution of the receivership assets and discharged the receiver.

After the receiver was discharged, ACC obtained a judgment against LSI and brought a subsequent suit against several insiders of LSI, seeking to hold them liable for LSI’s debt under a “piercing the corporate veil” theory. The district court granted the defendants’ motion for summary judgment. On appeal, the Court of Appeals affirmed on the basis that the veil piercing claim was receivership property and ACC’s attempt to pursue it was a collateral attack on the receivership court’s order approving the final distribution of receivership assets.

It is most helpful to read this holding in two parts. The court’s first ruling was that under Minnesota law, a receiver has the power to pursue a veil piercing claim against the shareholders of the respondent (i.e., the entity in receivership). The Court of Appeals reached this conclusion after analyzing the order appointing the receiver, relevant case law and Minnesota’s receivership statute, which several Fredrikson & Byron attorneys were instrumental in drafting.

This aspect of the decision is somewhat at odds with another recent Minnesota Court of Appeals case. In Forster v. Theis, 906 N.W.2d 846 (Minn. Ct. App. 2017), a creditor waited until after the conclusion of a bankruptcy case to pursue a fraudulent transfer action under state law. There, the Court of Appeals acknowledged that a bankruptcy trustee has the exclusive ability to pursue fraudulent transfer actions while the bankruptcy case is pending. But it held that once the bankruptcy case has closed, the creditor could once again pursue its cause of action.

Although receivership law and bankruptcy law are distinct in many ways, the reason for different outcomes in Aaron Carson Corp. and in Forster is puzzling. Both involve a creditor’s cause of action. Both involve an insolvency proceeding where a receiver or trustee had the sole power to bring that cause of action (during the insolvency proceeding). And yet, after the conclusion of the receivership in Aaron Carson Corp. and the bankruptcy in Forster, the Court of Appeals held that only one of those creditors could pursue its cause of action.

With the number of receivership cases continuing to increase, it will be interesting to observe how this issue develops. In the meantime, these decisions have the potential to impact both receivership cases and subsequent litigation. Parties to a receivership case should be sure that all claims are pursued by the receiver – including fraudulent transfer and veil piercing claims – or risk losing the ability to pursue them at a later time. In addition, defendants should investigate whether a past receivership impacts the plaintiff’s ability to bring the claims.