The Growing Use of Receiverships and Assignments for Benefit of Creditors
10.03.2017Ryan T. Murphy 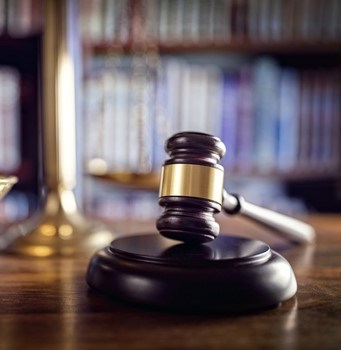 The new receivership and assignment for benefit of creditors statutes took effect in 2012. See Minn. Stat. §§ 576 and 577. The statutes codified existing common law and best practices, and provided a comprehensive reference point for practitioners and judges. See e.g. Minn. Stat. § 576.22(d). It was anticipated that the receivership and ABC law would become more accessible and usable. While concrete statistics are not available, receiverships and ABCs appear to be used with greater frequency.

The party commencing an action in Minnesota is directed to ascribe a “type” to the action, which includes receivership. Those fields, however, are not searchable—at least by parties outside of the court administrator’s office. A broader search of Hennepin and Ramsey County records reveal that over the past year approximately 20 cases have been commenced seeking appointment of a receiver or the commencement of an ABC.

A few conclusions may be drawn from the reports. First, the reports indicate a growing use of the appointment of a receiver or the commencement of an ABC. This conclusion is further bolstered by the anecdotal reports of practitioners. For example, since the new statute took effect several ABC proceedings have been commenced, whereas, there were no known ABC proceedings commenced in many years before the statute was enacted. Second, receiverships and ABC’s appear to be implemented in larger and more complex matters. This signals that the statutes have enabled counsel and client to have greater certainty in the outcome of the proceedings. Finally, receiverships involving distressed real estate continue to be a significant percentage of the receivership cases, particularly where a third-party servicer acts on behalf of a group of lenders.

In both receivership and ABC proceedings, the district courts are entering significant relief based on the statutory authority. This includes:

A limited number of district court decisions have been tested on appeal. In issuing decisions, the court of appeals has been applying the “plain language” of the statute. See, e.g., BMO Harris Bank, N.A. v. City Center Development, LLC, A16-0766 (Minn. Ct. App. Jan. 2017) (holding that the “plain language” of the receivership statute obligated the district court to appoint a receiver if certain mortgage covenants have been breached).

As the days continue to pass, more district court and appellate decisions will be issued, providing greater certainty of outcome—and likely further increasing the number of receivership and ABC proceedings.