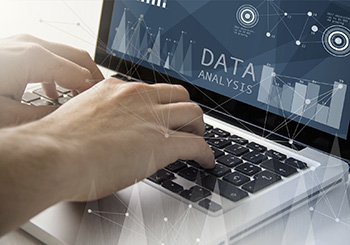 Here are five examples of how applicants and their attorneys can improve day-to-day patent strategy using the latest data analytics tools.

1. Identifying Types of Inventions on Which to File Applications Aggressively or Passively

In the hypothetical example above, for the first tech center group, the likelihood of receiving a “green” examiner is about 69 percent, whereas for the second tech center group, that likelihood is only about 26 percent. As most practitioners and applicants know, the particular examiner assigned to handle an application can profoundly impact the outcome, duration and cost of prosecution.

With the information available from the latest data analytics tools, practitioners can work with applicants on a more educated basis to develop strategies whereby applications are filed more aggressively for inventions likely to be handled by more favorable tech center groups, while filing more passively on inventions likely to be handled by more difficult tech center groups. When it is important to succeed in building a portfolio, a well-founded strategy of this nature can pay dividends. And it can be of critical importance when competitors are filing their own applications in the same technology areas.

2. Determining How Best to Draft Claims to Steer Toward or Away From Certain Tech Center Groups 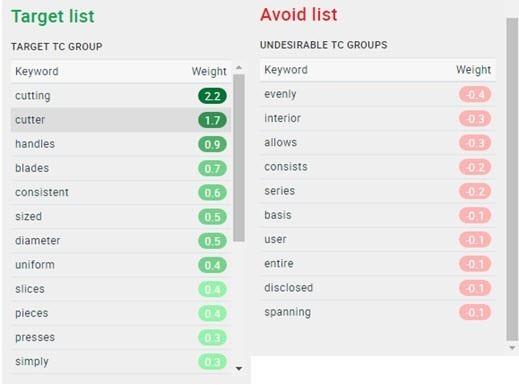 Practitioners will appreciate that there are critical limits on one’s ability to change the wording of a claim with the goal of having the application handled by a certain tech center group, or to avoid a certain tech center group. Naturally, claim quality should not suffer for want of a particular tech center group. In some cases, however, there may be sufficient latitude to draft claims that satisfy both goals. While this is an intensely case-by-case matter, the ability to compare likely landing spots in the U.S. Patent and Trademark Office, and to consider proactively adjusting one’s claims based on such information, should not be overlooked.

Even with the newest data analytics tools, it remains difficult to predict with certainty which particular examiner will be assigned to handle a given application. Data analytics, however, provide a start down this road, and in some cases, an active examiner interviewing program can fill in some blanks.

For those who regularly conduct examiner interviews, one of the benefits is gaining an even more comprehensive understanding of which examiners are particularly difficult, which are particularly reasonable and how different examiners operate. With enough experience working with individual examiners, it becomes possible to develop an even more focused strategy on which types of inventions applications should be filed aggressively or passively. In special circumstances, this knowledge can enable the practitioner to predict, albeit with less than guaranteed accuracy, which exact examiner is likely to handle a patent application contemplated for a particular invention.

Using the knowledge gained from enough firsthand examiner experience, it has been possible to help clients develop an even more detailed filing strategy under which applications are filed aggressively on certain types of inventions and passively on other types of inventions. This can be beneficial in helping applicants maximize the strength of their portfolios while also spending their patent budgets wisely.

4. Determining Prosecution Strategy Based on the Particular Examiner Assigned

Once a particular examiner is assigned to handle your application, data analytics tools make it possible to assess numerous facets of the examiner’s behavior. The first thing checked is often the examiner’s allowance rate. That, however, merely scratches the surface of what is possible with the latest tools.

It can also be helpful to consider an examiner’s appeal statistics. Data analytics can show the likelihood of winning an appeal when a given examiner handles prosecution. Furthermore, at least one system provides a breakdown of how frequently particular outcomes occur at different stages of appeal. Needless to say, the likelihood of winning on appeal varies significantly from one examiner to another.

Many practitioners monitor the patent activities of their clients’ competitors. It has always been difficult to predict with certainty the likelihood of a competitor’s claims being allowed or the exact scope of any patent that may result. With current data analytics tools, however, practitioners can benefit from having more information when assessing the potential outcomes. As noted above, it is possible not only to check the allowance rate and average prosecution length of a particular examiner handling a competitor’s application, but it is also possible to assess that examiner’s statistics after an interview and after an appeal. Couple this with knowing the prosecution tendencies of your competitors, and the ability to assess the patent activities of competitors has evolved significantly.

The LexisNexis PatentAdvisor was used in the examples given above. Various other systems may provide similar data.