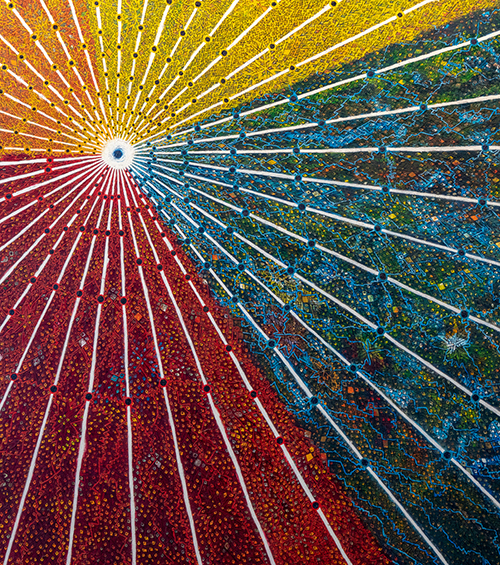 While we often receive notes from pro bono clients telling us how much they appreciate our assistance, it is not very often that they take their gratitude to another level by posting something on Facebook.  But that is exactly what Megan Bowman’s and Kiel McElveen’s client, Wheely Good Bikes, did after receiving assistance on a trademark matter with their nonprofit entity formation.  Located in Plymouth, Minnesota, Wheely Good Bikes is a nonprofit that was started by a group of people who wanted to help others by collecting, fixing and donating bikes to the community.  Their work has provided bikes for recreation and transportation to many who would not otherwise have the opportunity to ride.

Fredrikson Attorneys Prevail in Case Before the Minnesota Supreme Court

Fredrikson attorneys Nicole Moen and Tim Billion, working with Andrea Jepsen of the School Law Center, prevailed in a case before the Minnesota Supreme Court regarding the interpretation of what constitutes a “willful violation” of a school policy under the Minnesota Pupil Fair Dismissal Act.

In April 2014, a student was expelled from United South Central High School for accidentally bringing a pocketknife to school. The student had used the pocketknife to cut twine on hay bales at her boyfriend’s family farm the previous weekend and had forgotten to remove the pocketknife from her purse.

Nicole and Tim, working with the School Law Center on behalf of the student, successfully defended that decision before the Minnesota Supreme Court. In an August 3 opinion, the Supreme Court affirmed the student’s statutory interpretation arguments and found that the record contained insufficient evidence to uphold the student’s expulsion.

Death-Penalty Case a ‘House of Cards’

A few years ago, we were approached by a former JAG officer and current local lawyer to assist a man by the name of Steve Fiscus set up a nonprofit entity. Steve was a Vietnam era veteran who was exposed to Agent Orange, a lethal herbicide used in the war to clear out dense brush and vegetation. Steve was diagnosed with Parkinson’s disease a number of years ago. He began investigating and found that a high percentage of veterans were developing Parkinson’s. He petitioned the VA to recognize the connection in order to receive VA health benefits, something the VA originally and repeatedly denied. After working with Jessica Manivasager to set up the nonprofit, Steve was able to raise funds to fully research the connection, travel to Washington DC to meet with Senate Committees and eventually convince the VA to recognize the connection. In a note to Jessica, the referring lawyer states:

“they eventually won their fight with the VA and he and others got HUNDREDS of thousands of dollars each in back benefits in recent years as compensation for years of denied benefits when the VA did not officially accept or recognize the connection between Parkinson’s and Agent Orange. Additionally, spouses like Patricia Fiscus will now get benefits that they otherwise would not have received after their affected veteran spouse dies. This was a massive win made possible by your pro bono efforts and firm – – and Steve and his team of grass roots warriors. Fredlaw should report the ripple effect of your work and amazing feel-good success story internally, at a minimum.”

Matt Boos and Anu Sreekanth represented a woman on a $20,000 collection case brought by a local bank, which was represented by a collection firm. In 2005, the client co-signed on a line of credit with her husband. They divorced a year later and the husband agreed to pay off the loan. The husband declared bankruptcy in 2008 and fell behind on payments until he stopped paying altogether by 2011. Out of the blue, the bank sued the client in 2014 and filed a summary judgment motion this July. Matt and Anu were retained on the day the client’s response was due. The client herself was near bankruptcy and could not afford even a modest settlement. Matt and Anu filed a response to the summary judgment motion raising a number of issues, including statute of limitations. The Court pushed back the summary judgment date by four months, giving the team time to prepare. The bank recently filed another summary judgment motion. In a continued attempt to establish our statute of limitations defense, Matt and Anu pushed the bank for additional discovery relating to the timing of the earliest “default” and noticed depositions with bank representatives. Shortly thereafter, the bank dropped the case.

Ingrid Culp represented Bonnie, the grandmother of a child represented by Children’s Law Center. Bonnie was fired from her job sorting mail after putting some letters in the wrong bin. The grandmother, who cares for the CLC client, said this incident coincided with the time her granddaughter was suicidal and cutting herself and she just had a momentary lapse of judgment. The unemployment denial letter stated, “not eligible because applicant tampered with driving records.” CLC reached out to us to assist as their client was severely abused for many years and the possibility of having to leave her grandmother’s care would have been devastating. Ingrid represented Bonnie on her unemployment appeal and won, giving the family the financial stability it needs.

Our communities are fortunate to be home to many highly-respected nonprofit organizations that serve low-income, vulnerable, or mentally ill citizens. One such organization is Project for Pride in Living (PPL), a 40-year old nonprofit that helps people help themselves by providing stable housing, educational, and job training opportunities through its programs. Momentum Enterprises is a subsidiary of PPL. It has facilities that recycle those old mattresses we all toss out, another area that does industrial sewing and a third that sells used office furniture. All of these locations employ people who have been long-term unemployed due a variety of circumstances and require a fresh start. Larry Berg, Jeremy Duehr and Lisa Lindenfelser finished work assisting Momentum sell a small campus of industrial buildings. There were significant “brownfield” issues, including the need for additional environmental testing, and submission of the property to the Minnesota Pollution Control Agency’s brownfield program. The key was to limit Momentum’s future liability for costs relating to additional testing and remediation. Because there were other “third party” rights in connection with contaminated properties, we also needed to get the buyer to agree to indemnify Momentum if claims are made in the future by third parties. This was an interesting and complex pro bono project, but one that will allow the continued growth and success of this very worthwhile program.