Being Strategic About Foreign Patent Filing 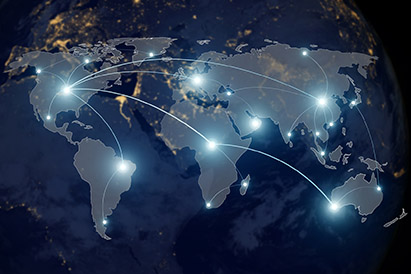 The Expected Market for the Invention

In general, there should be a business justification for choosing to pursue patent protection in a foreign country. Considering the expected market for an invention is a key factor in determining whether a sufficient business opportunity exists. Evaluating potential future business growth is particularly important since it can take several years for a foreign patent to issue and, once issued, the patent term will last for a significant time.

A good starting point is to determine what problem the invention solves and where this problem exists. Other significant considerations include profitability and cultural appeal of a product.

Failing to obtain patent protection in a country will allow anyone in that country to make, use and sell the invention. However, those who are most likely to exploit this on a large scale are competitors. Accordingly, it can be helpful to consider where competitors are located. Are there countries where a competitor has established itself as a market leader? Are there countries where new competitors are expected to emerge? If so, patent protection in these markets may be worth the investment.

Whether it is due to cost, skill, resources or some other advantage, for certain inventions, there may be particular countries that are advantageous for manufacturing. Pursuing patent protection in these places can be an effective way to prevent others from efficiently making the invention. This should be a consideration independent of whether there is an expectation of significant sales in these markets.

While obtaining patent protection in a foreign country is a necessary step in excluding others, the ultimate ability to see this through hinges on the existence of effective enforcement procedures. If it will be exceedingly difficult to enforce a patent in a given country, then the cost of obtaining the patent may not be justified. It is worth noting, however, that as a particular market develops, patent enforcement procedures may evolve along with it. Because the term of a patent can last for a relatively long time, it is worthwhile to consider whether enforcement practices in a given country may become more favorable in the future.

For instance, methods related to treatment of the human body, such as surgical and diagnostic methods, are eligible for patent protection in the U.S. However, such methods cannot be patented in a number of significant markets, including Europe, Japan and China. But, it is generally possible to obtain patent protection in those same markets for systems and devices that are intended to be used in treatments of the human body. Consequently, in this context, it is important to consider whether a patent for an underlying system or device, in lieu of the related method, is valuable.