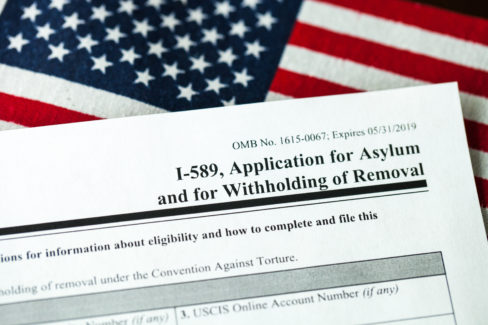 A new joint proposed rule by the Departments of Homeland Security (U.S. Citizenship and Immigration Services) and Justice (Executive Office for Immigration Review) would provide seven additional mandatory bars to eligibility for asylum. The rule, which emphasizes that asylum is discretionary in the sense that "Congress did not consider it obligatory to grant asylum to every refugee who qualifies," would amend the regulations governing bars to asylum eligibility, clarify the effect of criminal convictions on asylum claims and remove regulations governing the automatic reconsideration of discretionary denials of asylum applications.

Among other things, the Departments propose to bar from asylum "all those who are convicted of a crime involving criminal street gangs, regardless of whether that crime qualifies as a felony or as a misdemeanor." The Attorney General and the Secretary are considering excluding "individuals convicted of federal, state, tribal or local crimes committed in support, promotion or furtherance of a criminal street gang." Specifically, the proposed rule would cover such individuals "in cases in which the adjudicator knows or has reason to believe the crime was committed in furtherance of criminal street gang activity." The Departments believe that those who enter the United States and "proceed to be convicted of crimes involving criminal street gang-related activity should be deemed to have committed particularly serious crimes that render them ineligible for asylum."

The Departments also propose that "aliens should be ineligible for asylum if they are convicted…of a second or subsequent offense of driving while intoxicated or impaired, or for a single such offense resulting in death or serious bodily injury." Ineligibility for asylum would also be applied to those convicted in the United States of domestic assault or battery, stalking, or child abuse in the domestic context and those who engaged in acts of battery and extreme cruelty in a domestic context, regardless of whether such conduct resulted in a criminal conviction.