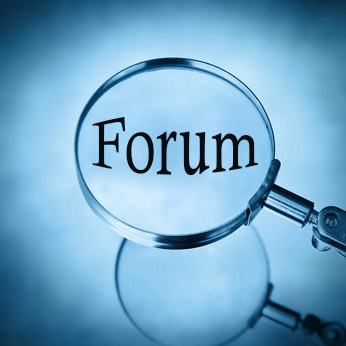 Under 28 U.S.C. § 1404(a), “[f]or the convenience of parties and witnesses, in the interest of justice, a district court may transfer any civil action to any other district or division where it might have been brought.” When a party moves to transfer venue under § 1404(a), courts consider: (1) “the convenience of the parties,” (2) “the convenience of the witnesses,” (3) “the interests of justice,” and (4) “any other relevant factors when comparing alternative venues.” A recent opinion from Judge Nelson in the The Valspar Corporation and Valspar Sourcing, Inc. v. PPG Industries, Inc. case provides useful guidance for parties considering such a motion, especially concerning the convenience-of-the-parties prong of the analysis.

In the case, the Valspar plaintiffs alleged that PPG infringed four patents relating to the production of BPA-free coatings. PPG moved to transfer the case to the Western District of Pennsylvania under § 1404(a), asserting that the relevant facts, witnesses and documents were overwhelmingly located in that district. In particular, PPG argued that it had “identified eighteen party witnesses … who would be forced to travel to Minnesota for trial” if a transfer was not granted, and that the only relevant connection to Minnesota was that Valspar was headquartered there.

Judge Nelson’s reasoning in denying the motion provides three particularly important reminders regarding “convenience-of-the-parties” considerations. First, “concerns for the convenience of party witnesses are of subsidiary importance in the overall analysis ‘because it can be assumed that witnesses within the control of the parties will appear voluntarily in a foreign forum.’” The Court noted that “[t]his is particularly true where the defendant is a large corporation quite capable of supporting the costs of witness travel.” Second, “merely cataloguing a list of potentially relevant witnesses is not determinative of party convenience, especially when much of their proposed testimony appears cumulative.” In fact, as Judge Nelson explained, where many witnesses are “apparently available to testify on the same subjects,” it allows a party “to choose its witnesses in ways that minimize workload disruption.” And third, for the party opposing transfer, arguments about inconvenience can be blunted by assuring that depositions will occur in the movant’s desired forum. Indeed, Valspar told the Court that PPG’s party witnesses would be deposed in Pennsylvania. Judge Nelson noted that “where the plaintiff has agreed—as is the case here—that witnesses in excess of those actually needed at trial need never leave the defendant’s desired forum, the burden to the remaining few is of limited consequence in the transfer balance.” Ultimately, Judge Nelson found that while it was a close call, PPG did not carry its burden on the convenience-of-the-parties factor, and went on to deny the defendant’s transfer motion.

Although transfer motions are decided after a “case-by-case evaluation,” Judge Nelson’s analysis provides helpful guidance for parties considering or facing a 1404(a) transfer motion.