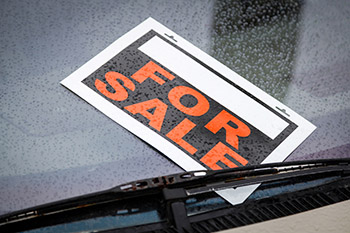 In Helsinn Healthcare, S.A., v. Teva Pharmaceuticals USA, Inc., the U.S. Court of Appeals for the Federal Circuit addressed the degree to which the Leahy-Smith America Invents Act of 2011 (AIA) altered the “on sale” prior art provision of 35 U.S.C. § 102. The court found that, although the AIA may require an offer for sale to be made public in order to qualify as prior art, Congress did not change the law to require that the “details of the invention” be publicly disclosed as part of the sale.

The Helsinn case involves four patents covering palonosetron formulations for reducing the side effects of chemotherapy. More than one year before applying for its patents, Helsinn publicly announced that it had entered into license and supply agreements with MGI Pharma, Inc., to commercialize any of its palonosetron doses that obtained FDA approval. MGI Pharma’s public SEC filings disclosed nearly all of the terms of the deal, but not the specific 0.25 mg palonosetron dose that the FDA eventually approved.

Helsinn filed three patent applications on its palonosetron formulations prior to the effective date of the AIA, as well as a fourth application after the AIA became effective. Teva filed an Abbreviated New Drug Application seeking FDA approval for a generic version of the 0.25 mg palonosetron dose. Helsinn then sued Teva under the Hatch-Waxman Act, alleging infringement of all four patents. The parties agreed that only the fourth patent was subject to the post-AIA version of 35 U.S.C. § 102.

The trial court held that Helsinn’s contracts with MGI Pharma constituted a commercial offer for sale under pre-AIA law, but found that the AIA’s amendments to § 102 excluded sales that did not publicly disclose the details of the invention for post-AIA patents. The trial court also concluded that the invention was not “ready for patenting,” under either pre- or post-AIA law, because Helsinn’s palonosetron formulations were still the subject of clinical trials at the time of the MGI Pharma deal.

The Federal Circuit reversed on both points. The post-AIA version of § 102 states that an invention is not patentable if it “was patented, described in a printed publication, or in public use, on sale, or otherwise available to the public before the effective filing date of the claimed invention.” (Emphasis added by the court.) Reviewing the legislative history of the AIA, the Federal Circuit concluded that the juxtaposition of “or otherwise available to the public” with “in public use” and “on sale” showed “at most” an intent to reverse certain cases finding a “public use” where the invention was not actually disclosed to the public. Because Helsinn was not a “public use” case, the court concluded that the legislative comments were inapplicable. Without addressing the question of how much disclosure is necessary to make a sale itself public (which was not disputed in the Helsinn case), the Federal Circuit “explicitly rejected a requirement that the details of the invention be disclosed in the terms of sale.”