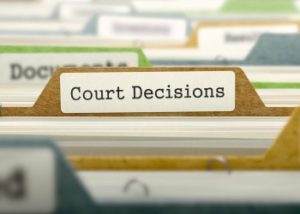 The Presidents' Alliance on Higher Education and Immigration said the policy "fundamentally and radically altered when F-1, J-1 and M-1 visa holders accrue unlawful presence.” Accrual would begin retroactively on the date a visa holder engaged in prohibited conduct instead of when they were adjudicated as "out of status.” Accrual of unlawful presence, the Alliance noted, "directly affects whether collateral inadmissibility immigration bars [e.g., the 3-year, 10-year and permanent bars] potentially affect and penalize visa holders who seek admission to the United States prospectively.” This made it substantially more likely that the accrual of unlawful presence would more easily occur as a result of "administrative, unintentional or innocent errors and lead to significant, unforeseen consequences, including being barred from the United States.” In response, higher education institutions, including members of the Alliance, filed a challenge against the policy. The Presidents' Alliance also coordinated an amicus brief signed by more than 60 institutions of higher education in support of the legal challenge.