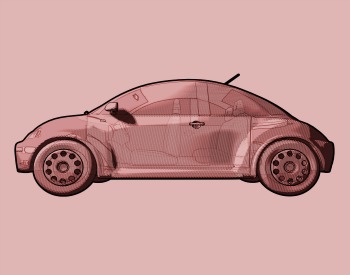 In October 2015, the Federal Trade Commission (FTC) said that it was investigating the advertising practices of Volkswagen Group of America, Inc. (Volkswagen) after it was uncovered that Volkswagen fitted its “clean diesel” automobiles with illegal emission defeat devices meant to mask emissions during government tests.

On March 29, 2016, the FTC filed a lawsuit against the company alleging that its adverting material for its “clean diesel” automobiles deceived consumers. The FTC is asking for a court order requiring the company to compensate consumers who bought or leased an affected Volkswagen or Audi. The FTC is also seeking an injunction to prevent Volkswagen from repeating this type of conduct. The FTC filed its complaint in the U.S. District Court for the Northern District of California, San Francisco Division, where civil litigation against Volkswagen has been consolidated.

The complaint alleges that consumers were deceived and bought or leased more than half a million diesel automobiles for an average price of $28,000 between late 2008 and late 2015. During that time, Volkswagen made false claims that the automobiles were environmentally friendly, met emissions standards and would maintain a high resale value in a variety of high-profile ads, including, Super Bowl ads, online social media campaigns and print advertising, often targeting “environmentally-conscious” consumers.

For example, Volkswagen’s ad campaign claimed that its diesel automobiles reduce nitrogen oxides (a dangerous pollutant that contributes to environmental damage and respiratory illnesses) emissions by 90 percent and have fewer emissions than gasoline vehicles. Yet, the complaint alleges that these claims were false because the company’s automobiles emit up to 4,000 percent more than the legal limit of nitrogen oxides.

Volkswagen also claimed that its automobiles met “stringent emission requirements” and would retain a high resale value. The complaint, however, alleges these claims were false because without the illegal software, the automobiles would not have passed federal emissions standards and the secret defeat devices will significantly reduce the automobiles’ resale value.

According to FTC Chairwoman Edith Ramirez, “for years Volkswagen’s ads touted the company’s ‘Clean Diesel’ cars even though it now appears Volkswagen rigged the cars with devices designed to defeat emissions tests… Our lawsuit seeks compensation for the consumers who bought affected cars based on Volkswagen’s deceptive and unfair practices.”

Although the complaint does not name a specific figure, the FTC’s enforcement division has suggested that Volkswagen could potentially be on the hook for “billions” of dollars in consumer compensation - either by fixing the automobiles or buying them back.

If you have a marketing or advertising law question or another intellectual property matter, the attorneys at Fredrikson & Byron, P.A. can help you understand your rights and advocate for your interests.