Home on the Range: A Look at the Open Range Doctrine in North Dakota 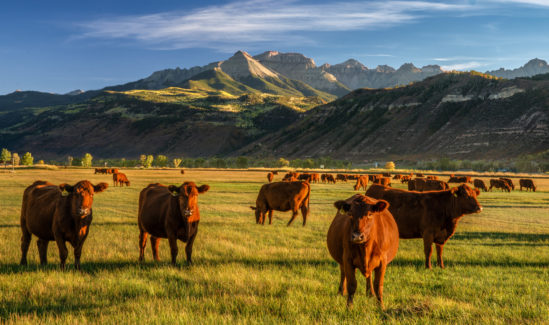 The current pandemic has provided an opportunity for many of us to watch old movies. In the 1955 Western film “Man Without a Star,” Kirk Douglas’ character risked his life to preserve the barbed-wire fences he installed across the open prairie of the American West. It seems hard for many of us to believe now, but in the late 19th Century, the fencing of open range was a matter of paramount importance. Even today, North Dakota’s laws reflect the tension between allowing livestock to roam freely and keeping them confined to their owner’s property.

Under English common law, livestock owners were required to keep their animals fenced on their property. In the early days of the American West, however, this rule was flipped on its head to allow cattle to roam freely on the “open range.” In an 1890 decision, the United States Supreme Court recognized the existence of the “open range doctrine” and stated:

“[T]here is an implied license, growing out of the custom of nearly 100 years, that the public lands of the United States, especially those in which the native grasses are adapted to the growth and fattening of domestic animals, shall be free to the people who seek to use them for they are left open and unenclosed, and no act of government forbids this use.”

Today, the general rule under North Dakota law is that livestock may not be permitted to run at large. Further, certain male animals, such as stallions, boars, rams and bulls, and “any animal known to be vicious,” are also not permitted to run at large under any circumstance. Livestock owners who violate these provisions are held liable to persons injured as a result. N.D.C.C. § 36-11-01, 06, 07.

However, in a nod to the open range doctrine, North Dakota law allows counties to designate lands as “grazing areas” in which livestock are allowed to roam freely. To qualify as a “grazing area,” an area must be designated as such by a majority of the county’s board of commissioners. Id. Livestock owners have no liability to owners of crops or other property damaged by livestock within a grazing area. Accordingly, it is incumbent on North Dakota livestock owners to determine whether their herds are located within a grazing area. If livestock stray outside a grazing area, the owner of those animals will be held liable for any damages they may cause. Further, should an owner’s livestock damage another’s crops or property, the offended landowner may retain the livestock as security pending a determination of liability and damages. N.D.C.C. § 36-11-10. The lack of public- maps of county-designated grazing areas, combined with a patchwork of federal and state lands that may be available for grazing, is confusing. Farmers and ranchers should consult counsel before setting their livestock loose on the open range.