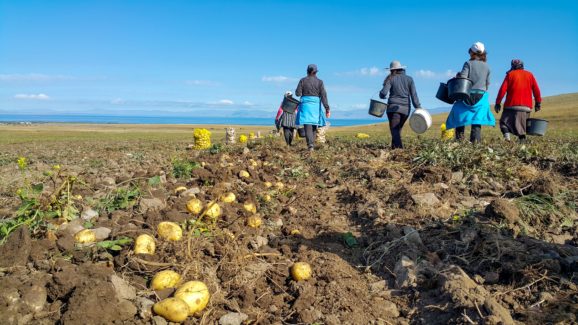 By a bipartisan vote of 260-165, the U.S. House of Representatives passed legislation intended to ease the agricultural labor shortage by providing a path to legal status for agricultural laborers, allowing additional green cards, and making it easier to hire H-2A workers. The bill would also make E-Verify mandatory nationwide for farm employers and cap workers' wages, among other things.

The bill establishes a "certified agricultural worker (CAW)" status. The bill states that the Department of Homeland Security (DHS) may grant CAW status to an applicant who

The bill would impose additional crime-related inadmissibility grounds on CAW applicants and make some other grounds inapplicable. CAW status would be valid for 5.5 years and could be extended, and DHS could grant dependent status to the spouse or children of a principal alien.

The bill makes various changes to the H-2A program, such as

The bill also calls for DHS to establish a pilot program allowing certain H-2A workers to apply for "portable" status, which gives the worker 60 days after leaving a position to secure new employment with a registered H-2A employer.

Prospects in the Senate are unclear. Reportedly, some Republicans object to the legislation's wage calculation formula and provision of "amnesty" to undocumented farmworkers and a lack of inclusion of the meat and poultry sectors.