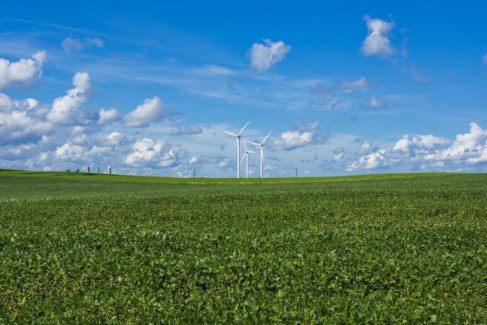 On May 22, 2020, the Iowa Utilities Board (IUB) opened a rulemaking proceeding that will change 20 years of precedent on siting of wind farms and, for the first time, establish rules aimed directly at siting solar projects and energy storage projects.

Since 1997, wind projects in Iowa have not had to obtain a generating certificate from the IUB so long as the project was designed with less than 25 MW of nameplate capacity (the trigger under the state generating certificate statute, Iowa Code chapter 476A) connected to any single gathering line. As a result, nearly all wind projects needed only local county approval.

The draft rules are in a “stakeholder comment” stage, which the IUB often uses to gauge early reaction before formally proposing rules under the timelines in the Iowa Administrative Procedures Act. This initial comment period is a key opportunity to steer and shape the rules that are eventually proposed. The draft rules are based largely on Chapter 24 of the IUB’s rules, which implements the Iowa Code chapter 476A requirements for traditionally-fueled generation facilities while incorporating some of the processes used for electric transmission lines as well as the approaches the IUB set for the solar projects it has approved to date.

The draft rules raise several issues and questions, from the threshold question of whether the IUB should take control of the process at all to details of what information will be required in certificate applications and what timelines for processing should be adopted. Some of the bigger issues at stake include:

Initial comments are due June 22. We anticipate that these rules will be hotly debated from various positions. If you have any questions about the rulemaking or about participating in the proceeding, please contact Bret Dublinske at bdublinske@fredlaw.com or 515-242-8904.