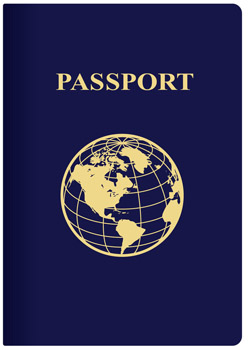 In 2015, Congress passed 26 U.S.C. Section 7345, entitled “Revocation or Denial of Passport in Case of Certain Tax Delinquencies.” As explained below, this section generally provides that the IRS will coordinate with the State Department with respect to denying passport applications for, and revoking the passport of, taxpayers who have certain tax debts. Although this law was passed in 2015, the IRS did not begin coordinating with the State Department immediately. However, it has announced that it will begin that process in January 2018. Therefore, it is important to become familiar with these provisions.

Section 7345(a) empowers the commissioner of the IRS to certify to the State Department when a taxpayer has a “seriously delinquent tax debt.” For purposes of this section, the phrase “seriously delinquent tax debt” means an unpaid tax liability in excess of $50,000, provided that the debt has been legally assessed and a notice of federal tax lien or a notice of intent to levy have been sent pursuant to Sections 6323 or 6331, and the collection due process rights related to those notices have lapsed. It is important to understand each of these requirements.

First, the amount must be greater than $50,000. However, a subsequent revision to Section 7345 indexed that amount for inflation. For calendar year 2018, the IRS has announced that the relevant amount will be $51,000, and it is reasonable to assume that this will climb in the future. This amount includes interest and penalties.

Second, the amount must be legally “assessed.” This means that the debt must result from a filed and signed return or, in the case of an audit, the taxpayer must either have consented to an assessment, failed to file a Tax Court petition upon the receipt of a statutory notice of deficiency, or filed and either settled or lost a case in the United States Tax Court. A proposed assessment in an audit is not sufficient to trigger Section 7345. Rather, the assessment must actually have been made at the end of that process.

When a debt is no longer seriously delinquent, either because it is paid or becomes the subject of an installment agreement or an offer in compromise, the commissioner of the IRS is required to certify that fact to the State Department. At that point, the State Department should process passport applications in the normal course.

Section 7345 provides one more set of consequences for taxpayers who have serious tax debts. Fortunately, taxpayers can avoid the effect of this section by seeking offers in compromise or installment agreements with respect to their tax liabilities. The biggest danger a taxpayer faces comes from simply ignoring a large tax debt. Given that the IRS has begun coordinating with the State Department under Section 7345, possible consequences of not paying taxes now include the revocation or a non-issuance of a passport.