Is Possession Really Nine-Tenths of the Law? 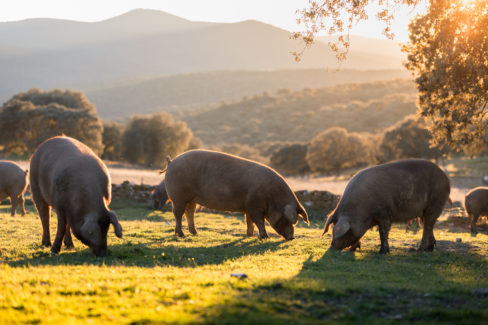 We have all heard that “possession is nine-tenths of the law,” but is that true? The expression likely originated with an old Scottish proverb that “possession is eleven points in the law, and they say they are but twelve.” In America, the principle was applied to decide an early dispute in the well-known feud between the Hatfields and McCoys. In 1878, Floyd Hatfield and Randolph McCoy had a heated disagreement over the ownership of some pigs that had wondered onto Floyd Hatfield’s farm. Unable to resolve their dispute, they brought the matter before a local justice of the peace, Preacher Anderson Hatfield. With the testimony divided between the respective clans, Preacher Hatfield relied on the “nine-tenths” principle when he ruled that the hogs should stay with the party in possession, Mr. Hatfield. Of course, the fact the Preacher shared a last name with Floyd may have also influenced his decision. The McCoy family was obviously not impressed by the Preacher’s decision, as their feud with the Hatfields continued until at least 1901 (and was briefly revived during a 1979 appearance on the popular game show Family Feud).

While modern courts do not formally observe the “nine-tenths of the law” principle, possession still matters today. In 1998, a Texas court acknowledged the “nine-tenths” principle but made clear that possession is merely part of a “hierarchy of title.” In re Garza, 984 S.W.2d 344 (Tex. App.–Amarillo 1998). The Garza court found that while possession (in that case of a motor vehicle) trumps the claim of a party who has neither record title nor possession, mere possession is subordinate to the claims of a party having record title to the property.

The importance of possession on claims to property is still reflected in at least a couple of legal doctrines. The doctrine of “adverse possession” awards legal title to real property to a party that has continuously occupied land despite title to that property being held by another party.

The period for which an adverse possessor must occupy real property varies from state to state. Possession is also important to the “rule of capture.” Historically, this rule applied to give ownership of game animals to the first person to capture the animal. In more recent times, it has applied to give title to natural resources, like oil and gas, to the first person to take possession of the resource.

In conclusion, while having possession of property rarely hurts your claim, it is far from definitive. When in doubt, call your lawyer.