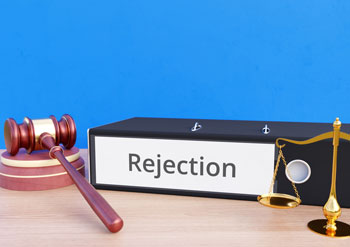 On March 5, 2020, in InspectionXpert Corporation v. Cuccinelli, a federal judge rejected USCIS argument supporting denial of an H-1B petition because the employer did not require a degree in a particular subspecialty for the "Quality Engineer" position. The employer wanted to hire a worker, who has a master's degree in mechanical engineering, to "use his knowledge of CAD [computer-aided design] and mechanical engineering to develop, design, and execute software test plans, scenarios and scripts for [IXC’s] CAD-focused software in order to identify software problems and their causes."

Among other things, the judge concluded that a position can qualify as specialty occupation even if it permits a degree in more than one academic discipline. Referring to Kisor v. Wilkie, a Supreme Court case decided in 2019, the judge also noted that USCIS had not shown that the service center's decision reflected the agency's authoritative or official position or interpretation, rather than "a more ad hoc statement not reflecting the agency's views."

In another case, 3Q Digital, Inc. v. USCIS, a district court judge ruled that USCIS acted "arbitrarily and capriciously" in denying an H-1B petition for a search engine marketing account manager. Among other things, the judge said the agency abused its discretion in determining that a baccalaureate or higher degree or its equivalent was not normally the minimum requirement for entry into such a position and that the position required a degree in a specific field. The judge noted that a degree in one specific major was not required.

In a third case, ITServe Alliance v. Cissna, a district court judge nixed a USCIS policy defining an employer-employee relationship for employers of H-1B workers as well as a 2018 policy and 1991 regulation requiring that IT firms provide a detailed itinerary and contracts for potential H-1B workers for the entire three years of their visa stay. The court recognized that H-1B visas historically have allowed the growth of a business model whereby U.S. employers obtain H-1B visas for foreign workers who are trained in information technology (IT) and assign such workers to other U.S. companies that need IT assistance for a period of time. USCIS had withdrawn longstanding guidance memos and adopted its own guidance, which has caused the H-1B approval process to slow dramatically and resulted in a high level of rejected visa petitions from employers in the IT industry but not others.