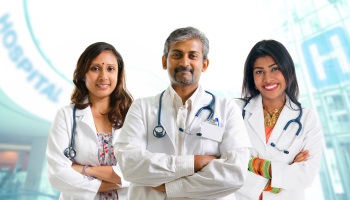 One of the most productive, oftentimes time-efficient pathways to permanent residence is through a National Interest Waiver, under which a foreign national can attain permanent residence by showing that his/her employment will serve to the nation’s benefit. There are two immense advantages to this immigration strategy: 1) a foreign national can self-petition for permanent residence rather than having to be sponsored by an employer; and 2) the submission is made directly to U.S. Citizenship and Immigration Services, thereby avoiding entirely the recruitment and advertising requirements that are the backbone of the labor certification application process through the Department of Labor. Despite its advantages, however, over these past years immigration examiners have operated under somewhat vague guidance on the adjudication standards for National Interest Waiver cases.

The Administrative Adjudications Office of U.S. Citizenship and Immigration Services has just issued a precedent (that is, administratively binding) decision of Matter of Dhanasar that revises and in many ways expands the grounds for pursuing permanent residence under a National Interest Waiver. This decision supersedes the previously controlling decision of Matter of New York State Department of Transportation (NYSDOT).

Under the NYSDOT framework, a National Interest Waiver required fulfillment of three prongs: 1) that the foreign national’s endeavor is national in scope; 2) that the foreign national’s work is “intrinsically meritorious;” and 3) that there are factors that outweigh the need to test the U.S. labor market through the labor certification application process. While prongs one and two are relatively straightforward, prong three has essentially been the concerning factor for National Interest Waiver cases, largely owing to the fact that various immigration examiners adopted a number of vague and even contradictory analytical approaches, ranging from proving that the foreign national possesses outstanding abilities in order to make a national impact to showing the infeasibility or undesirability of going through the labor certification application process, and all stops in between. In short, there emerged an uneven and oftentimes contradictory approach to deciding the prong three requirement under NYSDOT that created certain inconsistencies in National Interest Waiver adjudications.

The new analytical framework articulated in Matter of Dhanasar states the following: 1) that the foreign national’s proposed endeavor has both substantial merit and national importance; 2) that the foreign national is well-positioned to advance the proposed endeavor; and 3) that, on balance, it would be beneficial to the United States to waive the job offer and the labor certification application requirement. The articulated reason for this new analytical approach is to create a clearer framework for adjudicating National Interest Waiver cases. This decision also seems to implicitly recognize that the services of a broader range of endeavors by foreign nationals can contribute to the national welfare, which creates some increased latitude for examining the nexus between a foreign national’s endeavors and their contributions to the national welfare, even if the foreign national can only cite “potential prospective impact” rather than concrete, existing results.

While this is a newly issued case, we think that this new framework for National Interest Waivers opens the door to permanent residence for an expanded range of foreign nationals, including: junior scientists, postdoctoral scholars and biomedical researchers; entrepreneurs involved in job creation; academic physicians; certain advanced-level graduate students, particularly those engaged in the STEM disciplines; certain artists operating at a national level; and a wide range of other endeavors that contribute (or even prospectively contribute) to the national welfare.