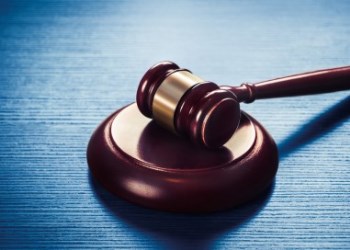 On April 17, 2017, the Minnesota Court of Appeals rejected a September 9, 2014, maltreatment ruling by the Minnesota Department of Human Services (DHS) against Meridian Services, a longtime trusted provider of services for persons with disabilities. The Court rejected DHS’s conclusion that Meridian Services committed both abuse and neglect under the Minnesota Vulnerable Adults Act (VAA) by allowing one resident to repeatedly use a “restraint chair.” The Court held that the resident’s chair and the administration of six low doses of Benadryl while the resident was restrained did not violate the anti-maltreatment provisions of the VAA. The provider's victory highlights three key points that licensed facilities should keep in mind when following approved care plans.

The Court’s decision involves Jane Doe-- a former resident of the state-run Minnesota Extended Treatment Options program (METO). The Court stated Doe engaged in “life-threatening behaviors, including violence toward herself and others…” and could become “unpredictably aggressive.” While living at DHS-run facilities before coming to Meridian, Doe became “dependent” upon an upright chair with wrist, ankle, waist and shoulder straps.

DHS transferred Jane Doe from its state-run home to Meridian in June of 2011. Because she once lived at METO, Jane Doe was a class action member in a federal lawsuit that sued DHS officials to eliminate their restraint use at METO and at its successor state-run facilities. The Court of Appeals noted that DHS did not disclose to Meridian that Jane Doe was a class member of the METO federal class action. DHS’s behavioral analysts continued to monitor Meridian’s progress in reducing Jane Doe’s time in the chair.

Writing for the unanimous Court, Presiding Judge Michael L. Kirk characterized DHS’s maltreatment findings as “arbitrary” and “capricious.” The Court criticized DHS for pulling “the rug from under Meridian” by making a “sudden and unexpected about-face” with a novel and unsupported new legal interpretation of the maltreatment definitions of the VAA. That new interpretation condemned the restraint chair’s use as disparaging abuse of a vulnerable adult.

The Court found that DHS’s about-face was arbitrary, in part because DHS failed to consider several important aspects of the evidence taken at Meridian’s five day hearing. The Court concluded DHS’s abuse finding failed to consider that Meridian only used the chair at DHS’s own insistence, and that DHS staff wrote the chair’s instructional manual—known as a Rule 40 Plan—and required Meridian to follow it. DHS staff not only repeatedly approved the chair’s Rule 40 Plan, but also continually monitored the chair’s use at Meridian both through on-site observations and by reviewing regular reports dutifully submitted to DHS by Meridian. Yet until September 9, 2014, no DHS professional familiar with Jane Doe’s circumstances ever reported her use of the chair as maltreatment.

The Court emphasized that when DHS transferred Doe to Meridian in 2011, “Meridian was skeptical about using the restraint chair and asked a DHS psychiatrist whether Doe could stop using it. The DHS psychiatrist advised [Meridian] against a ‘cold turkey’ removal of the restraint chair.” DHS’s Rule 40 Plan did not allow bathroom or meal breaks and, as a disincentive, restricted Jane Doe’s use of other comfort items. The Rule 40 Plan permitted very limited staff interaction while Doe used her chair; and only authorized Doe’s release when Meridian staff—who had to closely monitor and document the chair’s use—determined that Jane Doe’s overt behavior matched her own claim that her behaviors were under control.

While Doe was living at Meridian, the Minnesota Legislature eliminated routine use of mechanical restraints for behavior modification. Minn. Stat. § 245D.06, subd. 8, required Meridian to eliminate Doe’s restraint chair completely by no later than December 31, 2014. The Court found that under this new law Meridian had the opportunity to phase out Doe’s chair by that deadline, and that Meridian achieved that goal by using techniques known to and approved by Jane Doe’s case manager, her guardian and by the DHS Community Support Services behavior analyst. From June 2011 to December 2014, Meridian successfully eliminated the restraint chair use altogether, and was thereby able to satisfy a December 5, 2014, METO federal court order issued to DHS to eliminate Jane Doe’s restraints. But Meridian’s success with Jane Doe did not stop DHS’s Division of Licensing from pursuing what the Court of Appeals ultimately decided was an arbitrary, capricious and erroneous VAA maltreatment action.

With few exceptions, mechanical restraints are now banned following the statutory December 31, 2014, deadline, but permissible manual holds have also been subjected to the same type of surprising DHS criticism for some license holders, other than Meridian.

One of the key reasons why Meridian prevailed was because of its staff’s steadfast commitment to stick to the required and approved procedures, document accordingly and timely file required reports with DHS.

Your staff likely knows your residents’ needs and requirements better than the licensors, so do not let unwarranted government criticisms go unchallenged. Allowing a lead agency to accuse you and your staff of abuse, neglect or other maltreatment when you were following a bona fide care plan approved by that same agency can result in depressed staff morale and unrest, or increased turnover. Standing your ground may not only obtain a reversal, but may also result in staff appreciation and loyalty and may vindicate your organization with other important stakeholders.

Sometimes justice takes time and persistence. Meridian was persistent from its very first appeal letter to its final written argument before the Office of Administrative Hearings: it did not commit maltreatment, and there was no abusive use of the chair. Yet even after a five-day evidentiary hearing, both the Office of Administrative Hearings and the Commissioner still misapplied the law and found disparaging, abusive conduct when there was nothing other than a respectful and attentive staff determined to reduce Jane Doe’s restraint dependency by following the approved plan to do so. It was not until the Court of Appeals reviewed a voluminous administrative record that Meridian prevailed in reversing DHS’s arbitrary and capricious action.

A copy of the April 17, 2017, unpublished Court of Appeals decision may be found here. Meridian was represented by Fredrikson & Byron attorneys Sam Orbovich and Katie Ilten.