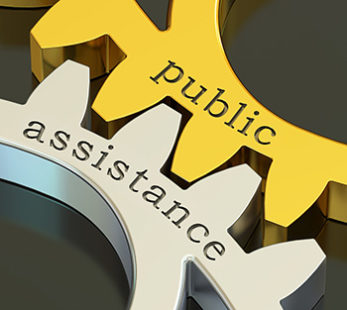 A new U.S. Citizenship and Immigration Services (USCIS) final rule prescribes how the Department of Homeland Security (DHS) will determine ineligibility for admission or adjustment of status based on whether an individual is likely to become a "public charge," which relates to the use of various forms of public assistance.

The 217-page final rule defines certain terms critical to the public charge determination, such as "public charge" and "public benefit," and explains the factors DHS will consider in the totality of the circumstances when making a public charge inadmissibility determination. The final rule also addresses USCIS's authority to issue public charge bonds in the context of applications for adjustment of status. Finally, the rule includes a requirement that those seeking an extension of stay or change of status demonstrate that they have not, since obtaining the nonimmigrant status they seek to extend or change, received public benefits over the designated threshold, as defined in the rule.

Among other things, the final rule notes that DHS is revising its interpretation of "public charge" to "incorporate consideration" of an individual's "reliance on or receipt of non-cash benefits such as the Supplemental Nutrition Assistance Program (SNAP), or food stamps; Medicaid; and housing vouchers and other housing subsidies." DHS said the intent is "to better ensure that aliens subject to the public charge inadmissibility ground are self-sufficient, i.e., do not depend on public resources to meet their needs, but rather rely on their own capabilities, as well as the resources of family members, sponsors, and private organizations."

The state of California and advocacy groups have filed several lawsuits challenging the final rule.