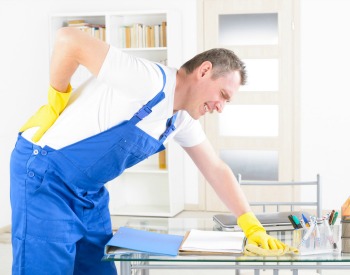 While there has been a lot of discussion regarding the Department of Labor’s recent release of the much-anticipated overtime regulations, some employers may have missed the issuance of another significant rule from the Department.

On May 12, 2016, the Occupational Safety and Health Administration (OSHA) issued its final rule requiring certain employers to electronically submit injury and illness data and engage in other actions that promote accurate employee reporting of workplace injuries and illnesses. While the rule did not get as much publicity as the overtime regulations, it does contain significant new obligations and related implications of which employers need to be aware.

While some forms of retaliation are obvious (like terminating an employee for reporting a workplace injury), others are not. In the comments accompanying the rule, OSHA states that retaliation can be anything that would deter a reasonable employee from reporting a work-related injury or illness, including certain disciplinary policies, post-accident drug testing, and safety-incentive programs. The comments include a number of examples of potentially questionable practices in these three areas.

Employment policies that use injury reports as the basis for discipline, performance, or promotional decisions will face increased scrutiny from OSHA, as will situations where employers use safety rules to disproportionately discipline injured employees.

“[T]he final rule does prohibit employers from using drug testing (or the threat of drug testing) as a form of adverse action against employees who report injuries or illnesses.” Therefore, according to the rule’s comments, post-incident drug testing should be limited to situations where: 1) employee drug use is likely to have contributed to the incident, and 2) the drug test can accurately identify whether the individual was impaired at the time by drug use. In other words, employers may not rely upon blanket testing policies that allow the employer to drug test anyone who suffered an injury or illness, regardless of the nature or cause of the injury or illness. Rather, the employer must now have a reason to believe that drug use contributed to the accident and have a test that will actually show whether the individual was impaired (as opposed to only detecting recent use of the drug).

OSHA also expressed concerns that some safety incentive programs, including those that reward employees for being injury-free, both deter employees from reporting their work-related injuries and illnesses and lead to inaccurate recordkeeping. Therefore, OSHA has stated that incentive programs that deny a benefit (such as disqualifying the employee for monetary bonus) or otherwise deter the employee from reporting a work-related injury or illness violate of the law. Other incentive programs, such as those that reward employees for following safety rules or promote participation in safety-related activities, are more favorable.

On its surface, this is a reporting rule that requires companies with 250 or more employees and other smaller companies in certain industries (including, for example, manufacturing, healthcare, retail and transportation) to electronically submit injury and illness information. This information will (for the most part) be published on OSHA’s website, in an effort to “nudge” employers to reduce work-related injuries and illnesses.

While the reporting requirements do not go into effect until January 1, 2017, the anti-retaliation provisions – including the obligation to develop a reasonable reporting procedure – become effective August 10, 2016. Given the scope of the rule’s effect and the nuances in each of the effected issues, employers should review – and, if necessary, revise – current policies to ensure compliance. If you would like assistance with reviewing or drafting policies, or have other questions related to your obligations under this law, please contact one of our Employment & Labor Group attorneys.