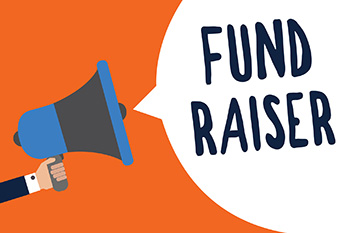 Occasionally, a legal or tax issue continues to create confusion even after the government issues guidance intended to clarify it. One of those issues relates to fundraising for youth activities.

The IRS summarized the typical justification for such programs as follows:

The philosophy is that if each member equally shares in the fundraising, the burden will not be too great on anyone and the club will have sufficient funds to support its activities. The fear is that if participation in fundraising events is optional, many members will choose not to participate. The burden will fall on the remaining few and ultimately will result in insufficient funds for the organization to conduct its activities.

For this reason, [a club often] requires its parent-members to participate in the fundraising events in order for [a child] to share in the distribution of raised funds. In effect, the [child] is not permitted to compete for [the club] unless the parent either raises a certain amount of funds through the fundraising events, or pays upfront, the anticipated cost of participation in the programs. If the parent does not pay, the [athlete] does not participate

In our experience, this practice remains quite common even though both the IRS and the courts have made clear that it is impermissible for nonprofit organizations. In 1993, the IRS issued guidance that unambiguously stated that a club would risk its nonprofit status if it engages in precisely this activity. This is because these systems result in what is known as “private inurement,” which is to say they benefit a specific person rather than the organization as a whole. From the IRS’ perspective, programs that require each athlete to raise a minimum amount of money effectively earmark the money for that athlete, as opposed to the general fund of the organization. As the IRS wrote:

The requirement that each parent/member participate in the fundraising activities in direct proportion to the benefits they expect to receive causes a direct benefit to flow to these parents.

In 2013, the Tax Court issued a memorandum opinion affirming this principle. The organization in Capital Gymnastics Booster Club, Inc. v. Commissioner, T.C. Memo. 2013-193, operated a fundraising system very much like the one discussed above. Athletes had to pay fees for training as well as their own costs for travel. In addition, each family was required to pay an assessment either in cash or through opportunities for fundraising, mainly by selling various items. The organization awarded families points for their sales. After they reached the end of the fundraising season, a family who did not generate adequate points through sales was required to pay the difference in cash. The IRS revoked the organization’s nonprofit tax exempt status, ruling that this fundraising system resulted in private inurement. The organization challenged the ruling in the Tax Court, which agreed with the IRS. The Tax Court effectively adopted the IRS’ position in its entirety. In so doing, it wrote:

In so holding, we do not criticize (except in the tax-exemption context) Capital Gymnastics’ “point” system. Parents who make a serious financial investment in the development of their children’s athletic abilities should be free to arrange that activity in the manner they choose. The arrangement that Capital Gymnastics developed may well be a rational, wholesome, just, and efficient fundraising method (a proposition as to which we have no jurisdiction to make a declaratory judgment); but even if so, it does not further a tax-exempt purpose. Capital Gymnastics’ arrangement reflects instead the purpose of promoting the financial interests of its fundraising members.

Several years later, the IRS affirmed this ruling in Private Letter Ruling 201507023. Relying heavily on Capital Gymnastics, the IRS ruled that the organization at issue ran afoul of the rules because the money raised did not go into the general budget of the organization. Rather, the money went into “accounts” for each member, with the funds used exclusively for that member.

Obviously, these rulings are between three and five years old. They remain relevant, however, because many organizations continue to violate these rules by imposing minimum fundraising requirements on each member, effectively requiring them to raise money for themselves. Even though, as both IRS and the Tax Court have noted, such systems may be rational and just, any organization that uses one runs the risk of losing its nonprofit tax exempt status.

Organizations should instead focus their fundraising efforts on activities that will benefit the organization as a whole, with the proceeds of any fundraising being applied to the general budget as opposed to the account of any particular member. Nonprofit organizations and their advisors should carefully review all fundraising programs to be sure they do not violate rules regarding private inurement.