Patent Prosecution Highway: Is It the Promised Expressway or Is It a Roadblock? 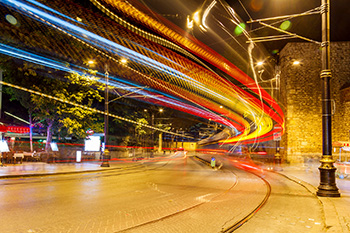 The IP5 Patent Prosecution Highway Program (the PPH Program) has been available to U.S. patent applicants for just over two years. It was implemented to permit cooperation between the five largest Patent Offices—Europe, Japan, Korea, China and the U.S.—to fast track examination of applications. If one of the five listed offices (Office of Earlier Examination, OEE) initially finds allowable claims, any of the other four offices (Office of Later Examination, OLE) can examine the application on a fast track. There are certain restrictions with using the PPH Program, most notably, the claims pending examination in the OLE must be amended to “sufficiently correspond” to the claims found allowable by the OEE. Importantly, unlike other expediting examination programs, the PPH Program does not cost anything to use.

Will I get a patent faster using the PPH Program?

If one only considers the metrics of total pendency and average number of Office Actions, the PPH Program does not seem to offer significant benefits.

However, the goal of the PPH Program is to accelerate examination of the application, not its allowance, although, a greater percentage of PPH applications frequently do proceed to allowance with fewer office actions than non-PPH applications. A shorter wait time to the first Office Action offers the most significant advantage of the PPH Program as seen in the above metrics. This is particularly advantageous for applications in Technology Centers 3600 and 2800 (i.e., commerce and electrical circuit art units, respectively), where the estimated time to first Office Action is five years. Such a long wait time may render any resultant patents on these technologies obsolete. By using the PPH Program, the wait time is considerably reduced.

What should I consider in deciding whether to use the PPH Program?

First, determine the estimated backlog of the art unit handling your application using the USPTO’s first Office Action Estimator. A PPH petition takes four months on-average to be decided. Since its inception in the U.S., the PPH Program has gained traction in its use, with that, however, have come backlogs from time to time. It takes an additional three or four months to receive the first Action. If the art unit handling your application has a first Office Action estimate of less than a year, the PPH Program may not offer considerable advantages.

Second, determine whether the applicant is willing to limit claim scope in exchange for faster examination. The claim scope under the PPH Program cannot be broader than the allowed claims of the OEE application even if the prior art references cited by the OEE Examiner would not be found as relevant by the OLE Examiner. You may be unnecessarily limiting claims in the OLE application in exchange for a faster turnaround time. Of course, continuation application may be filed, that does not use the PPH Program, to pursue other claims.

Is it true that claims can’t be amended once accelerated examination has begun?

The restrictive nature of permissible claim amendments is perhaps the most significant factor to consider in deciding whether to file a PPH Program request. In the U.S., for instance, claims may be amended to include subject matter found anywhere in the disclosure of the application, including in the drawings. However, if a U.S. application is accelerated under the PPH Program the applicant’s ability to incorporate such amendments is significantly limited before patent offices with differing standards of support for amending.

For example, in the case where the OLE Examiner finds a knock-out prior art reference, it is challenging to overcome the rejection by bringing subject matter found elsewhere in the disclosure into the claim unless such a claim was an allowable claim in the OEE application. In this situation, the PPH Program may indeed be a roadblock to allowance.

Is there an “exit ramp” from this roadblock?

If you find yourself in such a dead end situation, and are unable to satisfy the “sufficient correspondence” standard, there are still some prosecution options available. A telephone interview may be helpful. Examiners may be more receptive to nuanced arguments during an interview. Also, the new Post-Prosecution Pilot (P3) program may allow you to hold an interview, with the added advantage of being able to present your arguments to a panel of Examiners.

If all else fails, file a continuation application. This removes the application from the PPH track, and places it back on the regular examination track. Notably, a Request for Continued Examination does not. Though no longer on a fast track, you regain the ability to amend claims to include subject matter that may not satisfy the “sufficient correspondence” standard to the OEE application.