Pre-Appeal Brief Review Request – Is It Worth It? 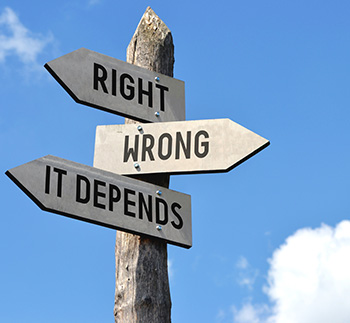 Traditionally during prosecution of a patent application, applicants facing a final rejection of their application had one of three options: file a Request for Continued Examination (RCE), file an appeal or abandon the application. An RCE keeps prosecution of the application in front of the same examiner. An appeal, while expanding review to a panel, is relatively expensive and takes a long time for a decision to be rendered, typically a couple of years. Also, the majority of appeals never reach the board because the examiner withdraws his or her rejections after the applicant has filed his or her formal brief.

On July 12, 2005, the Patent Office implemented a pilot program, the Pre-Appeal Brief Review (PABR), which gave applicants a fourth option when facing a final rejection of their application. A PABR was designed to bridge the gap that existed between an RCE and an appeal. Namely, a PABR takes the application out of the hands of the examiner and puts it before a panel of experienced examiners (like an appeal) and the decision is usually rendered within 45 days (not like an appeal). The panel includes at least the examiner of record, the examiner’s supervisory patent examiner (SPE) and a third party, usually another SPE. Applicants are not permitted to attend the review and interviews are not granted prior to issuance of the panel’s decision. A Notice of Appeal must be filed with the PABR, but notably, apart from that, no additional cost is required to file the PABR.

One of four decisions is rendered by the panel without explanation:

(1) Case remains under appeal because there is at least one actual issue for appeal;
(2) Prosecution on the merits is reopened and an appropriate office communication will follow in due course. In appropriate circumstances, a proposed amendment may accompany the panel’s decision proposing changes that, if accepted, may result in an indication of allowability for the contested claim(s);
(3) Case is allowed on the existing claims and prosecution remains closed; or
(4) Request fails to comply with the submission requirements and is dismissed.

Even though the program has been in existence since 2005 and extended indefinitely until further notice, anecdotally, many practitioners do not make use of it because they do not believe it results in a favorable decision for their clients.

Is a PABR Worth It?

Thus, as the title suggests, are PABRs worth it? If one defines success only as an allowance resulting from the conference, i.e., decision (3), the answer is no.

However, if one defines success as also including a decision to reopen prosecution, i.e., decision (2), then the answer may well be yes, for the right case. So, under this definition of success, it depends on the case.

In the statistics below, the percentage indicates the number of cases on appeal in which a PABR is filed. The next significant event, to the right of the percentage, shows the decision rendered subsequent to filing the PABR.

It can be seen from the above statistics that if one defines success solely as an allowance, then only 32-34 percent of PABRs are successful. However, if one includes reopening of prosecution, as a success, then 55-77 percent of PABRs are successful in these particular cases. Such a result should be viewed as positive since prosecution is able to move forward without the applicant having to file either an appeal brief or an RCE and the accompanying fee for either. Statistics from other articles looking at a larger data set indicate that about 50 percent of PABRs result in a determination that the appeal should proceed, about 40 percent result in prosecution being reopened and about 5 percent result in allowance.

PABRs should only be used in cases that i) are ripe for appeal where Applicant does not believe amendments are required to overcome the rejection, and ii) present a clear legal error or factual deficiency. Issues involving interpretation of the claims or prior art teachings are not appropriate for PABRs and should be saved for the traditional appeal process. It can be helpful to consult examiner statistical reports offered by service providers, such as LexisNexis PatentAdvisorSM and Juristat, to gauge the likelihood of success in a particular case before making a determination as to how best to proceed when facing a final rejection.

The author has used PABRs in cases where it is believed the position taken by the examiner is untenable. For all but one of those cases, prosecution has been reopened and eventually the application was allowed. This in consistent with a statistic recited in another article that found 67.4 percent of applications receiving a decision to reopen prosecution are currently patented. Thus, for the right case, PABRs are worth it and can be an effective and inexpensive tool to have in one’s toolbox.