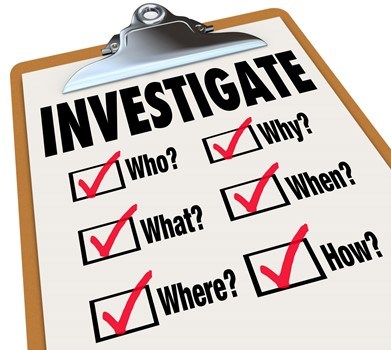 In M-I Drilling Fluids UK Ltd. v. Dynamic Air Inc., Chief Judge Tunheim recently adopted the Report and Recommendation of Magistrate Judge Bowbeer, finding the case to be exceptional and awarding attorneys’ fees against Plaintiff M-I. The case has its own unique facts, which are summarized below, but serves as a warning that Minnesota judges are scrutinizing the adequacy of a plaintiff’s pre-suit investigation and will base an exceptional case finding on their determination that a plaintiff did not properly vet the basis for its allegations.

In 2013, M-I initially sued Defendant Dynamic Air Inc. (DAI) and Dynamic Air Limitada (Limitada) for patent infringement based on systems installed by Limitada in Brazil. DAI, a Minnesota corporation, owns 51 percent of Limitada, which is a Brazilian company. At that time, M-I alleged that Limitada was the alter ego of DAI and the Court should pierce the corporate veil to find liability on DAI’s part. The Court declined to do so and dismissed M-I’s infringement claims against DAI because “[o]n its face, the Complaint fails to plausibly identify conduct by [DAI] that has allegedly infringed the patents in suit.”

Importantly, two of these four pieces of evidence – the website and MI’s knowledge – were previously relied on by M-I in the 2013 case.

After discovery and DAI’s repeated representations that it had no involvement in Limitada’s activities, M-I amended its complaint to remove its direct infringement claims against DAI and the 16 detailed allegations in the original complaint. Later, the parties attempted to resolve their dispute, but when they were unable to do so DAI filed a motion for attorneys’ fees.

Magistrate Judge Bowbeer found the case exceptional under 35 U.S.C. § 285 and awarded attorneys’ fees even though she also found that fees were not justified under the Court’s inherent powers to sanction or 28 U.S.C. § 1927. Chief Judge Tunheim adopted Magistrate Judge Bowbeer’s Report and Recommendation, relying primarily on his determination that M-I did not conduct an adequate pre-suit investigation before filing the 2014 complaint against DAI.

Applying the Octane Fitness standard, Judge Tunheim agreed that the case was exceptional because M-I’s pre-suit investigation was not “reasonable under the circumstances,” namely that the four pieces of evidence upon which M-I based its 2014 complaint were “not strong enough to reasonably support its ‘belief’ in the 16 detailed allegations.” Judge Tunheim relied heavily on the Court’s 2013 dismissal to find that two of the four pieces of evidence did not support the 16 detailed allegations. With respect to the two remaining pieces of evidence – the English translation of a contract and the coveralls with the name “Dynamic Air” – Judge Tunheim agreed that these facts did not support the analytical leap necessary to support the 16 detailed allegations in the 2014 complaint and that M-I acted “objectively unreasonabl[y]” in relying on this limited new evidence. With respect to the latter, Judge Tunheim quoted Magistrate Judge Bowbeer’s admonishment that M-I did not even take “the most rudimentary additional investigative steps of inquiring about who employed those workers, or even taking note of whether they were speaking English or Portuguese.”

Judge Tunheim was further convinced that M-I actions were objectively unreasonable because it ignored discovery taken during the 2013 case, specifically inspections that revealed signs on the accused systems reading “designed and manufactured in Brazil.” He also refused to consider evidence that M-I claimed supported its allegations, but admitted it did not discover until after filing the 2014 complaint.

Finally, Judge Tunheim pointed out that “an inadequate pre-filing investigation, which may not be grounds for Rule 11 sanctions, might still be sufficient to support an award of fess under § 285.” To that end, Judge Tunheim disregarded M-I’s argument that it should not be sanctioned because it acted in good faith by dismissing its direct infringement claim and deleting the 16 detailed allegations after engaging in discovery. In doing so, Judge Tunheim found that M-I’s dismissal of the claims “after conducting discovery is of no consequence in this case” because “the duty to properly investigate claims before filing a complaint is distinct from the duty to cease pursuing claims that discovery reveals to be meritless.”

While the Court’s decision was based, in part, on the 2013 dismissal and the facts relied on in that case, it also serves as a warning to plaintiffs not to roll the dice on litigation in order to try to obtain discovery to support their allegations. Instead, it is necessary to have adequate facts to support your allegations at the time you file your complaint, and the failure to do so may result in an exceptional case finding and an award of attorneys’ fees.