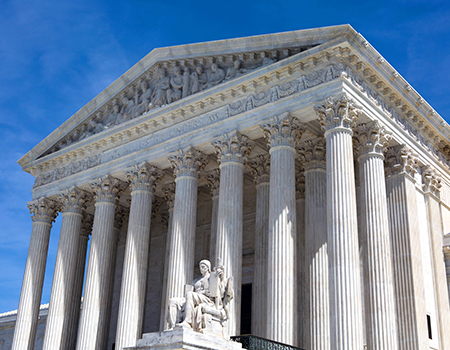 This decision comes on the heels of the Supreme Court’s 2013 decision in Gabelli v. SEC, which held that the five-year limitations period provided for in 28 U.S.C. § 2462 applies to SEC enforcement actions seeking monetary penalties and that the period begins to run when the conduct giving rise to the action occurs, instead of when the conduct is discovered. Gabelli left open the question of whether the same limitations period applies to the SEC’s use of disgorgement in enforcement actions.

Disgorgement is a common tool used by the SEC in enforcement actions, in which funds received through illegal or unethical conduct are disgorged (paid back) by the wrongdoer.

In Kokesh, an investment advisor was accused of misappropriating nearly $35 million of a client’s account from 1995 to 2009. After the investment advisor was found liable, the SEC sought disgorgement of the full $35 million. Nearly $30 million of that amount was misappropriated more than five years before the SEC brought its enforcement action. Kokesh argued the SEC could not disgorge the full amount because 28 U.S.C. § 2462—the five-year statute of limitations for any “civil fine, penalty or forfeiture” imposed through an enforcement proceeding—applied to the SEC’s disgorgement claim. The Supreme Court agreed.

Prior to the Supreme Court’s decision in Kokesh, the SEC operated under the assumption that the five-year statute of limitations was not applicable to disgorgement claims. Kokesh does away with that assumption and places a major temporal limitation on the SEC’s use of disgorgement in enforcement actions.

No doubt the SEC will continue to seek disgorgement in enforcement actions, but now must do so within the five-year limitations period.