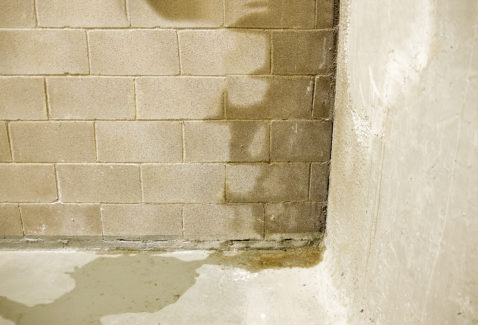 Minnesotans know that snow melt, spring rains and resulting flooding are part of living in the Upper Midwest. Unfortunately, all that water can sometimes damage our homes and other real property. Minnesotans often have questions about their legal rights and responsibilities in dealing with water and the damage it can cause. Some of the most common questions include the ability of landowners to divert water off their properties and whether third parties can be held liable for water intrusion into homes, particularly wet basements.

Minnesota landowners, facing an onslaught of spring water, often attempt to divert the water onto neighboring lands. Historically, surface water was viewed as a “common enemy” that each owner could get rid of as best he or she could. Sheehan v. Flynn, 61 N.W. 462 (Minn. 1894). Minnesota case law has modified the “common enemy” rule to require that landowners diverting surface water must exercise reasonable care to avoid doing unnecessary injury to their neighbors. Matter v. Nelson, 478 N.W.2d 211 (Minn. Ct. App. 1991). Minnesota case law has also developed standards to be considered by landowners diverting surface water.

If possible, a landowner is bound to deposit the surface water into a natural drain if one is reasonably accessible. Sheehan, 61 N.W. at 463. When determining whether a landowner has acted reasonably in diverting water onto their neighbor’s property, courts will also consider whether (1) there was a reasonable necessity for the drainage; (2) reasonable care has been taken to avoid unnecessary injury to the land receiving the burden; (3) the benefit accruing to the land being drained reasonably outweighs the gravity of the harm to the land receiving the surface water; and (4) where practicable, has the water been diverted by reasonably improving and aiding the normal and natural system of drainage or by adopting a reasonable and feasible artificial drainage system. Matter, 478 N.W.2d at 214; Quist v. Kroening, 410 N.W.2d 5 (Minn. Ct. App. 1997) (finding that the elevation of a parcel exceeding that of the neighboring land by three inches was reasonable). Further, Minnesota courts have ruled that a landowner may drain surface waters into an adjacent landowners’ drainage system. Kral v. Boesch, 557 N.W.2d 597 (Minn. Ct. App. 1996).

More than one Minnesota homeowner has had the unpleasant experience of their feet squishing into a soaked basement carpet. Many of those same homeowners hope to recover part of the costs to fix that unpleasant situation from a third party. Minnesota Statutes Chapter 327A mandates warranty protection for owners of single-family homes. As a general rule, Minnesota homebuilders implicitly warrant that construction of a single-family home complies with applicable building standards. If failure to comply with those standards (e.g. installing drain tile in manner that does not comply with building codes) results in a wet basement, a homeowner has a claim against their builder under Chapter 327A.

However, the legislature has enacted a number of exclusions to the general warranty under Minn. Stat. § 327A.03 to limit a homebuilder’s liability in the event of a wet basement. For instance:

Owners of older homes who experience a wet basement may feel they were wronged by their sellers who did not disclose any water issues with the home or falsely represented that they had never had a wet basement. The form residential purchase agreements typically in use in Minnesota do not include a warranty from the seller that the home has been or will be dry. However, a seller who fails to disclose a previous water problem or misrepresents the lack of a water problem has both statutory and common law liability. See Minn. Stat. § 513.52 et seq. and Klein v. First Edina National Bank, 196 N.W.2d 619 (Minn. 1972).

The biggest hurdle typically faced by a homeowner experiencing a wet basement who pursues a claim against their seller is proving that the seller actually knew or should have known of the existence of water problems with the home. While this issue of proof has long vexed plaintiffs, it has been exacerbated in recent years. The changing Minnesota climate has led to increasingly severe rain events. For instance, the summer of 2019 was the wettest on record in the Twin Cities. Accordingly, it is plausible that homes experiencing wet basements in recent years had not experienced water problems while owned by their previous owners. Successful pursuit of a claim against a previous owner often requires careful factual investigation.

Like the risk of flooding in any given year, the possibility of liability from diverting water onto a neighbor’s property or fixing a wet basement is variable and fact-dependent. If you are facing such a situation, do not hesitate to seek legal counsel.