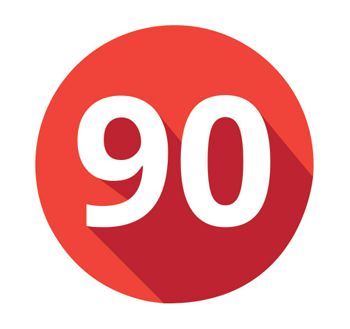 The Department of State recently released the following cable to the field:

1. SUMMARY: This cable advises posts on the application of INA section 212(a)(6)(C)(i) as it pertains to revised guidance at 9 FAM 302.9-4(B)(3)(g-h) regarding the 90 day rule, formerly known as the "30/60 day rule." Interagency working groups agreed to a change in policy and expanded the 30/60 day timeframe to 90 days for aliens who enter the United States and engage in activity inconsistent with their nonimmigrant status before procuring a change or adjustment of status. END SUMMARY.

2. The following revised guidance replaces the 30/60 day rule and applies to all adjudications that occur after September 1. The guidance should not be applied retroactively. As detailed in the revisions to 9 FAM 302.9-4(B)(3)(g-h), aliens who violate or engage in conduct inconsistent with his or her nonimmigrant status within 90 days of entry into the United States by: 1) engaging in unauthorized employment; 2) enrolling in a course of unauthorized academic study; 3) marrying a U.S. citizen or lawful permanent resident and taking up residence in the United States while in a nonimmigrant visa classification that prohibits immigrant intent; or 4) undertaking any other activity for which a change of status or adjustment of status would be required prior to obtaining such change or adjustment, may be presumed to have made a material misrepresentation. You must give the alien the opportunity to present evidence to rebut the presumption that he or she made a willful misrepresentation on prior visa applications or in their applications for admission to the United States before you can find the applicant ineligible under 212(a)(6)(C)(i). If the applicant is unable to overcome the presumption that he or she engaged in a willful misrepresentation, post must request an Advisory Opinion (AO) from the Visa Office of Advisory Opinions (CA/VO/L/A) per 9 FAM 302.9-4(B)(3)(h)(2)(b).

3. If an alien violates or engages in conduct inconsistent with his or her nonimmigrant status after 90 days of entry into the United States, there generally is no presumption of willful misrepresentation. However, if facts in the case give you a reason to believe that the alien misrepresented his or her purpose of travel at the time of the visa application or application for admission, you must request an AO from CA/VO/L/A.

USCIS invited stakeholders to an October 17 teleconference to discuss the revised Form I-765 that provides applicants with the option to apply for a SSN at the same time as they apply for an EAD. SSA estimated that this would reduce visits to their offices by almost 400,000 annually.

The Alliance of Business Immigration Lawyers has published a press release on Deferred Action for Childhood Arrivals (DACA). The release notes, among other things, that "[w]hatever concerns or complaints Americans may have about immigration in general, we shouldn't threaten the future of this group of young people who are here through no fault of their own, who pose no threat, who are not taking away anything from the rest of us... Kicking them out won't lower the unemployment rate, or lighten anyone's taxes, or raise anybody's wages."