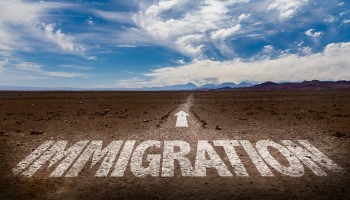 The Supreme Court in United States v. Texas essentially upended the President’s Executive Order that provided limited benefits to parents of U.S. citizens or permanent resident children and to an expanded class of “Dreamers” who were brought to the U.S. in unauthorized status as children. In a split 4:4 decision that was issued without discussion, the Supreme Court affirmed the decision of the Court below, effectively finding that the President had exceeded his executive authority by issuing a blanket reprieve from deportation and expanding the right of long-term, otherwise law-abiding residents to work. This decision ended the President’s initiative to address a burgeoning population of unauthorized foreign nationals in the U.S., thereby throwing the entire issue back to Congress or perhaps setting the stage for renewed court action following the appointment of a ninth justice who could break the tie.

The controversy dates back to June 2012, when the President issued an Executive Order that gave a certain class of children holding unauthorized status – known as “Dreamers” – relief from deportation and the right to work legally in the U.S. This action did not provide for long-term lawful status; rather, it is a stopgap measure aimed at children who were brought into the U.S. without authorization and who had developed their entire lives within this country. The underlying objective was to provide these children with the right to more fully function in this country, thereby becoming productive members of society rather than having to live in the shadow economy. In order to qualify for “Dreamer” classification, which is still intact, the child had to have:

In November 2014, the President announced a widened program intended to cover two additional classes: (1) deferred action for long-residing parents of U.S. citizens or permanent residents who are in unauthorized immigration status (DAPA); and (2) deferred action for an expanded class of “Dreamers” who had arrived in the U.S. prior to January 1, 2010, and have been without immigration status since June 15, 2012 (Expanded DACA). As was the case with the original “Dreamers” program, neither Expanded DACA nor DAPA provided affirmative immigration status, since that would require a change to the Immigration and Nationality Act. Rather, this program was intended to better allocate U.S. government enforcement resources, and in so doing, provide periods of relief from deportation along with employment authorization in the interests of family reunification and elemental fairness.

Led by the state of Texas, a consortium of 26 states brought suit claiming that this expanded set of beneficiaries would overly tax their Departments of Motor Vehicles with the need to issue additional driver’s licenses, burdening the states to such an extent as to invalidate the Presidential action. The Supreme Court’s affirmation through its tie vote of the lower Court’s decision to issue an injunction against the implementation of DAPA and Expanded DACA is a setback in the effort to implement alternative immigration solutions as we wait for Congress to modernize our immigration laws.

While our immigration practice is focused primarily on employment-based immigration, we are deeply saddened by the fact that millions of individuals who are family members or working for U.S. employers have now been denied the right to live secure and productive lives in the U.S., and instead must face limitations on their educational and professional opportunities and live with continuing uncertainty and fear of deportation. We continue to be committed in our advocacy efforts to seek congressional overhaul of our current immigration laws to allow U.S. employers to be competitive in our global economy and unite families. We hope that in the aftermath of this failed presidential action that Congress will forthrightly and productively address this serious national need.