The SCOTUS Travel Ban Ruling and What We Know So Far 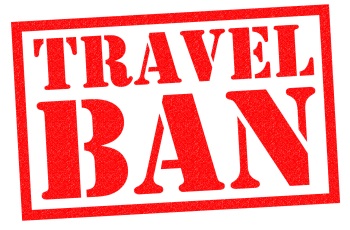 On Monday, June 26, 2017, the Supreme Court of the United States allowed parts of the Trump Administration’s travel ban to go into effect and granted the Administration’s request to review cases brought against it in both the Ninth and Fourth Circuit Courts of Appeals. The Supreme Court will not hear this appeal of the consolidated cases until October, leading to much speculation about how the ban will work in practice during the interim.

Background – What Has Happened, Exactly?

Before getting to the practical implications for travel, a bit of background is helpful. The Ninth and Fourth Circuit Court opinions both issued injunctions against the Administration’s ban, at different times and on differing grounds. In late May, the Fourth Circuit ruled on a constitutional basis that the ban violated the Establishment Clause of the First Amendment, saying that “in context, [the order] drips with religious intolerance, animus and discrimination.” This decision blocked in particular section 2(c) of the measure, “Temporary Suspension of Entry for Nationals of Countries of Particular Concern During Review Period,” instituting a 90-day suspension of all travel from seven (later six after Iraq was dropped in the revised order) Muslim-majority countries. Those affected countries are Somalia, Libya, Yemen, Iran, Syria and Sudan.

The Ninth Circuit, for its part, said that on statutory grounds, the President had not met the “essential precondition” for both the travel suspension and the suspension of refugee resettlement. The standard set forth by 8 U.S.C. [§] 1182(f) is that the President must prove that the individuals he wishes to bar from entry into the U.S. would by their presence “be detrimental to the interests of the United States.” In short, the President overstepped the powers delegated to him by Congress.

The Ruling – What Did The Court Say, Really?

In its per curiam opinion, the Court granted the Government’s request for review of the aforementioned cases as well as stayed the injunctions in part. Individuals from the six countries specified may enter only, in the Court’s words, if they have “a credible claim of a bona fide relationship with a person or entity in the United States.” This means in practice that the travel ban as applied to the six countries will go into effect in a more narrowly tailored fashion. For starters, individuals with valid immigrant or nonimmigrant visas approved before the ruling are not included. Dual citizens are also exempt. The following individuals will likely be able to enter without incident:

The Court forbade the entry of persons who form bona fide relationships outside “the ordinary course” in order to circumvent the ban. It is somewhat unclear how this phrasing will be interpreted. Tourists from the affected countries who want to come to the U.S. solely for leisure will likely be turned away.

It should be noted that upon review, the two circuit cases may be considered moot, and the Court will see no reason for further action. This is because the original travel ban issued in mid-March was only meant to last for 90 days in order for the Departments of State and Homeland Security to assess internal vetting measures and existing security systems at ports of entry. The refugee ban, meant to last 120 days, will in theory run out its clock by the time the Court convenes to hear the case in October.

The Implications – How Will This Play Out?

In this odd interim, the travel realities for those attempting to enter or re-enter the country may depend on the development of the “bona fide relationship” standard created by the Court in subsequent litigation. A student returning for her junior year of college at an American university or a worker with a previously approved H-1b work authorization may be simple enough cases, but what about a person who pre-paid for a hotel room to be used for a vacation? Does such a connection to a hotel constitute a “bona fide” connection to an entity inside the United States? These situations will only become clear with time.

To add a bit of a twist, some immigration law commentators have argued that the Court’s use of this “bona fide relationship” standard may have given foreign nationals more procedural rights in entry-related cases. This argument stems from case law regarding the “facially legitimate and bona fide” standard for visa refusal decisions made by consular officials. It is possible that the Court’s standard may provide more leeway for foreign nationals to ask for review of a visa application, based on their bona fide relationship with a U.S. person or entity and citing a denial of procedural due process due to lack of adequate counsel. This will add meat to the recently filed petition by the American Immigration Lawyers Association and the American Immigration Council to issue regulations to allow attorney access for foreign nationals in secondary and deferred inspection, as well as for those at overseas consular interviews.

Please contact the Fredrikson & Byron Immigration Group at 612.492.7648 with questions regarding the travel ban.