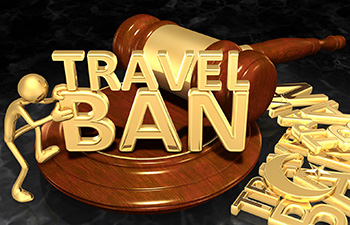 On Sunday, September 24, the president issued a proclamation that replaced his prior executive orders regarding a travel ban (to the U.S.) of people from mostly Muslim nations. This proclamation, which has no expiration date, suspends entry for certain nationals of eight countries and removes one country that was previously banned.

On December 4, the Supreme Court’s short order essentially allows the third travel ban, which is more limited in scope then previous bans, to be fully enforced while legal challenges in lower courts continue. The courts could still decide after full briefing that the proclamation exceeds the president’s statutory authority or presents an unconstitutional anti-Muslim bias.

While the Proclamation contains no internal expiration date it does contain a mechanism whereby countries can be removed once their identity management and information sharing meet required standards.

For specific information on the ban from the U.S. State Department, click here.