To Avoid Waiver, Attorney Advice Should Only Be Disclosed to Those with a Need-To-Know 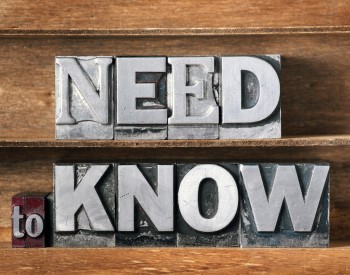 In Solutran, Inc. v. Elavon, Inc. and U.S. Bancorp, Magistrate Judge Thorson recently granted the defendants’ motion to compel the production of three slides in a PowerPoint presentation that plaintiff claimed were protected by attorney-client privilege or the work product doctrine. Plaintiff initially produced the entire presentation, which included a section discussing patent litigation. The slides in that section were drafted by plaintiff’s attorneys and included the law firm’s logo. When the presentation was used in a deposition, plaintiff immediately clawed it back and subsequently produced a new version with the three slides at issue redacted.

The Court first determined, after an in camera review, that the three redacted slides provided merely “a basic synthesis of the law and next steps describing basic patent litigation strategy.” The slides did not “include or apply any specific facts” or “disclose what would appear to be any confidential information.” The slides also did not “include attorney advice directed to a particular factual scenario or legal problem.” The fact that the slides were marked “confidential” and included the word “litigation” and plaintiff’s lawyers’ logo did not shield the slides under the attorney-client privilege or work product doctrine. The Court emphasized that “the work product doctrine does not automatically apply because the subject of a document relates to a subject matter that might conceivably be litigated or because the materials were prepared by lawyers or represent legal thinking.”

The Court further found that even if the slides could be considered privileged, the plaintiff waived any protection from discovery by circulating the slides to its shareholders, advisors and marketing coordinator. Because plaintiff did not carry its burden to show that the people who received the slides were “within the need to know group necessary to maintain privilege or protection,” the Court found that the asserted protections had been waived. Under the circumstances, however, the Court found that fairness dictated that the waiver be limited in scope to the three slides at issue.

Magistrate Judge Thorson also noted with criticism that the privilege log entries for the three slides did not satisfy the Court’s Order regarding privilege logs or the Federal Rules of Civil Procedure because “no one looking at the privilege logs would understand how many documents were withheld or be able to assess the claim for why they were withheld.” The log did not identify plaintiff’s attorneys as the authors of the slides or provide the complete list of individuals who sent or received the slides. The log also did not identify the attendees at the meetings in which the slides were presented or what role those individuals played in litigation decisions. The Court, however, did not find that plaintiff waived privilege due to its failure to satisfy the privilege log requirements. Instead, the Court’s decision was based on its in camera review of the three slides and the facts surrounding the distribution of the information in the slides.

To avoid a similar waiver, parties should ensure that attorney advice is shared only with those individuals that need to know the information for purposes of seeking legal advice. Disclosing attorney advice in materials or communications that are broadly distributed is an easy way to waive discovery protections that may otherwise cover attorney-client communications and attorney work product. Parties should also ensure that their privilege logs provide sufficient information from which the basis for attorney-client privilege or work product protection can easily be determined.