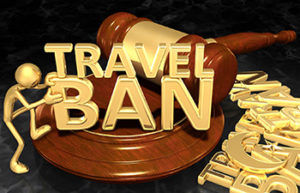 The proclamation states country-by-country exceptions to the ban. For example, diversity immigrants, but no others, from Sudan and Tanzania are suspended. The proclamation takes effect on February 21, 2020.

View the articles by the New York Times and Vox.