What Are Road Restrictions Anyway? 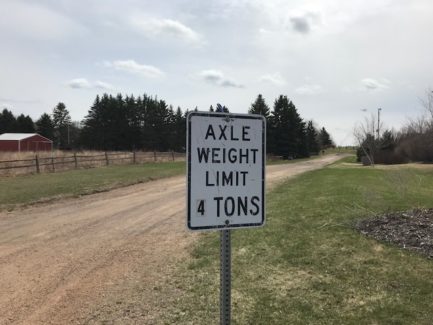 Sure signs of spring in Minnesota are slowly-melting snow piles, ice disappearing from lakes and temporary road signs that state “maximum load per axle.” Many Minnesotans know these signs have something to do with “road restrictions,” although most Minnesotans don’t have an understanding of what that term actually means.

In the 1930’s, Minnesota’s legislature enacted a law authorizing municipalities and the state Commissioner of Transportation to restrict the amount of weight carried by vehicles across Minnesota’s roads during springtime. Up to 60 percent of damage to roads in northern climates can occur during spring. Damage is typically most severe to gravel “unbuilt” roads, but it is also exhibited by frost heaving and cracking paved roads.  While Minnesota law allows both local authorities and the Commissioner of Transportation Commissioner to determine and “impose prohibitions or restrictions as to the weight of vehicles” operated under the roadways under their jurisdiction, the default limits are five tons per axle on unpaved roads and ten tons on any paved street or highway. These weight limits do not impact passenger vehicles, but they can have a significant impact on early season construction projects. Minnesota law provides specific exceptions to these weight restrictions, including special treatment for school buses, garbage vehicles and, in a nod to our dairy industry, vehicles hauling milk. Minn. Stat. § 169.87 subds. 3, 4, and 6.