What’s Next for the Dreamers? The Administration Rescinds Deferred Action for Childhood Arrivals (DACA) 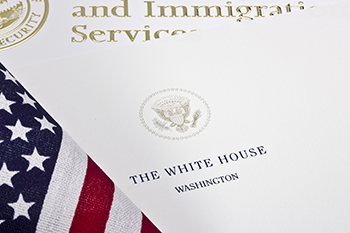 For years, the United States has struggled to find an appropriate policy for the Dreamers, which refers to children who were brought to the United States without immigration status. While these children are in the United States without authorization, there are a range of almost universally accepted factors that suggest they deserve special consideration. It is not simply that they did not choose to come to the United States and in many cases, lack meaningful ties with their parents’ home countries. Rather, the Dreamers grew up, became educated and gained skills in the United States that can now serve our country. Many have deep roots in their communities. Keeping them in limbo without legal protection essentially relegates them to the “shadow economy,” which is counterproductive to our national business interests and contradicts popular sentiment to find a humane and fair outcome for everyone.

Because of congressional inaction, the Obama Administration through a June 12, 2012 Executive Order, developed the Deferred Action for Childhood Arrivals (DACA) program. It was intended to stabilize the situation for those Dreamers who displayed the potential to contribute to the welfare of that nation, largely through educational attainment or military service. Under this program, certain immigrants without legal status who entered the United States as children before the age of 16 and met specific residence, educational and security requirements could qualify for renewable grants of residence issued in two-year increments (deferred action) as well as employment cards. While the Dreamers could not attain permanent residence, DACA provided them with a qualified period of stability both in recognition of their own humanitarian concerns as well their potential contributions to society. Nearly 800,000 young immigrants currently benefit from this program.

On September 5, 2017, the Trump Administration rescinded the DACA program, although it created a window of time during which Congress could pass legislation providing legal protection to the Dreamers.

The main points appearing in this DACA rescission notice include:

The focus now shifts to Congress, which has a six month period of time to enact a legislative fix. The challenge will be that although the Dreamers may have widespread (although by no means universal) congressional as well as popular support, immigration reform is a highly contentious issue. Past attempts to pass Dreamer legislation have failed as DACA-type reforms get folded into broader and more contentious immigration issues, such as enforcement policy and border security. Absent legislation, the United States will lose the human capital possessed by the Dreamers, along with a program that upholds its support for humanitarian initiatives that serve our national welfare.

Please always consult with an attorney regarding the specifics of your case, and contact the Fredrikson & Byron Immigration Group at 612.492.7648 with further questions about the rescission of the DACA program.