Willful Patent Infringement May Soon Be Provable Once Again 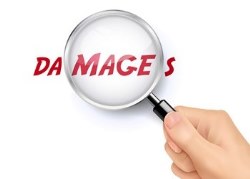 On October 19, the Supreme Court granted certiorari in two cases in which patent owners are challenging the Federal Circuit’s rigid standard for proving willful infringement. In their petitions, both patent owners compared the current test for enhanced damages to the Federal Circuit’s old test for attorney’s fees, which the Supreme Court tossed out last year in Octane Fitness LLC v. ICON Health & Fitness, Inc. The questions presented in both petitions are set forth below:

Whether the Federal Circuit improperly abrogated the plain meaning of 35 U.S.C. § 284 by forbidding any award of enhanced damages unless there is a finding of willfulness under a rigid, two-part test, when this Court recently rejected an analogous framework imposed on 35 U.S.C. § 285, the statute providing for attorneys’ fee awards in exceptional cases.

Currently, to prove willfulness, the Federal Circuit requires patent owners to prove that (1) there was an objectively high likelihood that the infringer’s actions constituted infringement, and (2) that the likelihood of infringement was either known or so obvious that it should have been known to the infringer. It is extremely difficult to satisfy the first prong because a nonfrivolous defense to infringement, even if it is ultimately unsuccessful, has been interpreted to mean that there was not an objectively high likelihood of infringement. Therefore, as was the case with attorneys’ fees before Octane Fitness, it is nearly impossible for a district court to award enhanced damages in cases where the accused infringer asserts a defense.