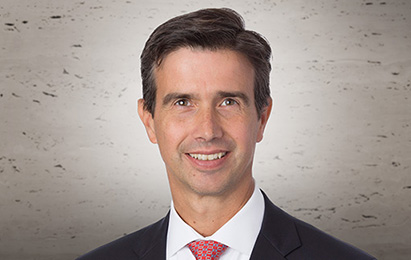 Fredrikson & Byron shareholder, Joseph T. Dixon, III has become a Fellow of the American College of Trial Lawyers, one of the premier legal associations in North America.

The induction ceremony took place recently before an audience of 900 persons during the recent 2017 Annual Meeting of the College in Montréal, Québec.

Founded in 1950, the College is composed of the best of the trial bar from the United States and Canada. Fellowship in the College is extended by invitation only and only after careful investigation, to those experienced trial lawyers of diverse backgrounds, who have mastered the art of advocacy and whose professional careers have been marked by the highest standards of ethical conduct, professionalism, civility and collegiality. Lawyers must have a minimum of 15 years trial experience before they can be considered for Fellowship.

Membership in the College cannot exceed one percent of the total lawyer population of any state or province. There are currently approximately 5,800 members in the United States and Canada, including active Fellows, Emeritus Fellows, Judicial Fellows (those who ascended to the bench after their induction) and Honorary Fellows. The College maintains and seeks to improve the standards of trial practice, professionalism, ethics, and the administration of justice through education and public statements on independence of the judiciary, trial by jury, respect for the rule of law, access to justice, and fair and just representation of all parties to legal proceedings. The College is thus able to speak with a balanced voice on important issues affecting the legal profession and the administration of justice.

Dixon is an accomplished trial attorney with a unique blend of government, in-house and business experience. His DOJ background ensures an insider’s understanding of the perspective and the investigative strategies employed by the government. His in-house corporate legal experience brings an understanding and focus on the strategic interests of the client and its business objectives, while navigating through crisis.

Dixon has represented the Archdiocese of St. Paul and Minneapolis in responding to parallel criminal and civil charges brought by the State of Minnesota. The criminal charges were ultimately dismissed following a landmark civil settlement. Dixon also co-led an independent investigation of the University of Minnesota Athletics Department and has represented the Minnesota State Auditor in constitutional litigation defending her office. He has also represented numerous corporate clients and individuals who have faced a wide array of allegations and other unique challenges.

Dixon has significant experience handling complex litigation. He has tried over two dozen matters to a jury verdict and argued over three dozen cases before appellate courts. He has a well-developed skill for strategic thinking and affirmative development of the client’s litigation position, including understanding the real-life dynamics that impede resolution.

Prior to joining Fredrikson, Dixon served as the Deputy General Counsel for UnitedHealth Group, a diversified Fortune 6 health and well-being company. In this role, he managed significant internal investigations and responded to government inquiries for the enterprise. His experience includes investigating allegations relating to the False Claims Act, privacy breaches, and Foreign Corrupt Practices Act (FCPA)-related concerns, as well as responding to Congressional inquiries, including the hearings held following the rollout of Healthcare.Gov.

Dixon was also a federal prosecutor for 10 years and served as the Chief of the Fraud and Public Corruption Section for the United States Attorney’s Office for the District of Minnesota. During his tenure, where he handled some of the most significant cases ever prosecuted by that Office, Dixon developed a reputation as one of the leading complex criminal practitioners in the state. He has wide experience in the criminal area as well with state and federal regulators.

Before his public service, Dixon practiced at a Wall Street law firm where he successfully handled litigation arising out of complex commercial transactions.

Fredrikson & Byron is a 275-attorney law firm based in Minneapolis, with offices in Bismarck, Des Moines, Fargo, St. Paul, Saltillo, Mexico, and Shanghai, China. Fredrikson & Byron has a reputation as the firm “where law and business meet”. Our attorneys bring business acumen and entrepreneurial thinking to work with clients, and operate as business advisors and strategic partners, as well as legal counselors. More information about the firm is available at www.fredlaw.com. Follow us on LinkedIn and on Twitter @FredriksonLaw.