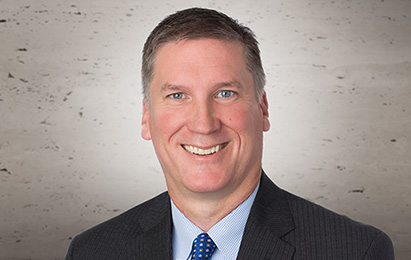 Attorney Kevin P. Goodno was recently appointed to the Bush Foundation’s Board of Directors. The board comprises up to 15 leaders from across the region who bring a wealth of experience and expertise in the public, private and nonprofit sectors. Prior to being appointed, Goodno served on the Bush Foundation’s Minnesota Bush Prize Selection Panel.

Goodno is a respected and experienced advocate, effectively representing clients on complex policy and political issues before state legislative, agency and executive branch decision makers. He serves as government relations counsel for clients, especially in his areas of expertise—health care, social services and tax policy.

Respected for his hard work and integrity in managing difficult and challenging issues and situations, Goodno has developed strong working relationships with legislators, executive branch officials, agency personnel and various stakeholder groups. He brings these relationships, his expertise as government relations counsel and over 20 years in public service in providing a comprehensive range of services to clients.

Goodno also has extensive experience in state and local government, non-profit organizations and the private sector. Prior to joining Fredrikson & Byron, Goodno served as commissioner of Minnesota’s largest agency, the Department of Human Services which required him to work closely with other state agencies, county and tribal governments and the federal government. Goodno also served on many high-level committees, including as a member of the Governor’s Health Cabinet, as co-chair of the Minnesota Mental Health Action Group, as co-chair of the Advisory Council to End Long-Term Homelessness and as a member of the Governor’s Drive to Excellence Sub-Cabinet.

Before joining the Department of Human Services, he served in the Minnesota House of Representatives for 12 years being recognized for his leadership on health care, human services and tax policy issues. Goodno’s private sector experience includes practicing business and employment law with a Moorhead law firm and owning and operating a retail business.

Community service is an important part of Goodno and his family’s life. Goodno serves as a chairman of the American Brain Foundation board. He also has a strong interest in nonprofit governance with his past leadership roles with the Epilepsy Foundation of Minnesota and the Citizen’s League.

The Bush Foundation invests in great ideas and the people who power them in Minnesota, North Dakota, South Dakota and the 23 Native nations that share the geography. They work to inspire and support creative problem solving – within and across sectors – to make the region better for everyone. For more information, visit www.bushfoundation.org.

Fredrikson & Byron is a 275-attorney law firm based in Minneapolis, with offices in Bismarck, Des Moines, Fargo, St. Paul, Monterrey, Mexico, and Shanghai, China. Fredrikson & Byron has a reputation as the firm “where law and business meet”. Our attorneys bring business acumen and entrepreneurial thinking to work with clients, and operate as business advisors and strategic partners, as well as legal counselors. More information about the firm is available at www.fredlaw.com. Follow us on LinkedIn and on Twitter @FredriksonLaw.