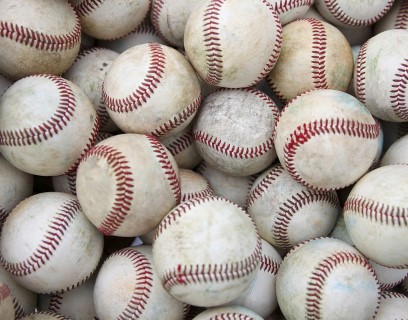 The annual playoffs for Major League Baseball will soon begin in the U.S. As widely known, the game of baseball involves players on offense receiving pitches, with each such encounter for offensive player known as an at bat. While some at bats end after only one pitched ball, most involve many pitched balls which the player can attempt to hit. And quite often, the more pitches a player sees during an at bat, the better his/her potential for getting on base.

Historically, if a patent application reached the stage of final rejection, there were two primary options for the applicant to choose from in continuing examination: (i) filing a response by the two-month deadline of the Action, for reconsideration, or (ii) filing a response with a Request for Continued Examination (RCE).

The first of these options could often serve as a vehicle to argue rejections perceived to be erroneous, as well as to correct minor issues. The second of the two options typically involved more complex response strategy. To that end, new claim amendments and arguments would often be introduced in the filed response, necessitating a more thorough review by the examiner of the standing rejections and the art cited to date.

As one could imagine, there are circumstances that could fall between these two scenarios. One such particular circumstance includes a scenario where the applicant believed that the prior arguments were still valid but understood that it would be beneficial to further focus the claims of the application (via amendments) to make a more compelling case with the arguments. In this situation, it would perhaps be possible, based on the examiner’s knowledge of the case to date, that further searching of the art could be curtailed so that the application could potentially be allowed via such amendments and renewed arguments.

Turning back to the baseball analogy, swinging at an earlier pitched ball can often help a player have more success swinging at a later pitch in the same at bat. Likewise, participation in the AFCP 2.0 program, even if not resulting in allowance, can help a patent applicant push an application closer to allowance via a subsequent response filed with a RCE.

However, the AFCP 2.0 program has not been without its critics. For example, if a response filed under the program was more of the category needing to be filed with a RCE, it would often trigger issuance of an advisory action (prompting further need to file a RCE), and in some cases without an interview being offered. Due to this, the further review prompted by filing under the AFCP 2.0 program has gotten a reputation in some circles of only adding delay (and potential extension fee owed to the USPTO) before further filing with RCE would be necessitated. Thus, it has been particularly important to gauge from the outset, with feedback from the examiner, whether the application would be a good case for the AFCP 2.0 program.

However, as it now stands, the AFCP 2.0 program may be on borrowed time. Namely, the program, if not renewed by the USPTO, is scheduled to expire on September 30, 2018. Started by the USPTO to increase communication between examiners and patent applicants in order to push applications closer to allowance (while simultaneously reducing the backlog of filed RCEs), the AFCP 2.0 program could be on the chopping block.

It is good news that the USPTO previously recognized a dilemma of limited options for patent applicants upon reaching final rejection, and acted to introduce a program to help advance examination of certain applications. The AFCP Program has provided a further path for applicants to consider while undoubtedly enabling many applications over the years to be allowed without filing a RCE. In the coming weeks, the patent community will keep an eye on whether the AFCP 2.0 is extended. The hope is that patent applicants, upon reaching the stage of final rejection, will continue to have another path to follow (or further pitch to hit).