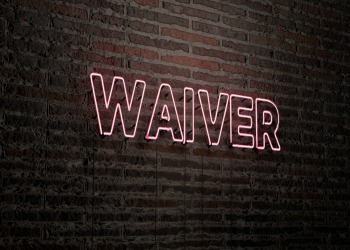 Parties facing allegations of willful patent infringement can rebut the claim by proving that they relied in good faith upon the advice of counsel when undertaking the allegedly infringing activity. However, asserting the advice of counsel defense carries a heavy cost - waiver of privilege as to at least the attorney work product and attorney-client communications relied upon in formulating the opinion. Some courts have even extended the scope of this waiver more broadly to cover any information even considered by the advising counsel. This tradeoff leads many to forego raising the advice of counsel defense.

That was the route Wright Medical took in the ongoing Spineology, Inc. v. Wright Medical Technology, Inc. litigation, choosing not to assert advice of counsel in defending against its competitor’s claims of willful infringement. The case arose after negotiations between the parties stalled with respect to a license and supply agreement for the use and marketing of a bone grafting medical device called the “shaper,” which had initially been developed by Spineology. When Spineology learned that Wright Medical had subsequently developed a similar surgical device, the X-REAM, Spineology sued for direct and willful patent infringement. Wright Medical pleaded 17 affirmative defenses, but did not plead an advice of counsel defense.

During depositions, however, Wright Medical’s corporate representatives voluntarily testified, without objection, that they had received and relied upon attorney advice regarding the validity of Spineology’s asserted patent during the development of the product accused of infringement. In fact, at one point counsel for Spineology even asked whether opposing counsel objected to questioning about the reliance on attorney advice.  Wright Medical’s counsel confirmed there was no objection, and its witness proceeded to testify.

Patent owners are more likely than ever to pursue a willful infringement claim and enhanced damages after the Supreme Court’s decision in Halo Electronics, Inc. v. Pulse Electronics, Inc. relaxed the standard for finding willful infringement. The takeaway from Magistrate Judge Noel’s decision is simple (regardless whether Judge Ericksen preserves his ruling): the decision not to assert the advice of counsel defense to charges of willful infringement means a party can continue to assert privilege over the advice received and related communications. However, it does not preclude the party from waiving privilege down the line. After the choice has been made to forego the advice of counsel defense, a party and its counsel still need to be careful to continue asserting privilege where applicable.