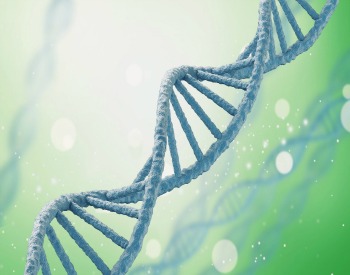 In Genetic Technologies Ltd. v. Merial LLC, the Court of Appeals for the Federal Circuit recently issued an opinion holding yet another biotech patent invalid. The Federal Circuit applied the two-step Alice/Mayo test for patent eligibility in upholding the district court’s finding of invalidity. The patent at issue, U.S. Patent No. 5,612,179 (the ‘179 patent), is directed to methods of analyzing DNA sequences to detect an allele of gene by amplifying non-coding regions of the DNA. The parties agreed that claim 1 is representative of all of the invalidated claims:

Non-coding DNA regions (introns) are also known as “junk DNA,” because they generally do not serve any purpose. The inventor of the ‘179 patent discovered, however, that certain junk DNA can be used to detect specific alleles of a gene, because certain DNA sequences in coding regions (exons) of certain genes are correlated with introns. The correlation between exons and introns means the two tend to be inherited together or “linked” even when the introns and exons are located far apart from one another on a chromosome – a phenomena known as “linkage disequilibrium.” By amplifying and analyzing introns known to be linked to exons, alleles of a particular gene can be detected. The method claimed in the ‘179 patent is thus quite valuable, because it can be used to diagnose and treat genetic disorders associated with specific alleles, including sickle-cell anemia, hemophilia, muscular dystrophy and cystic fibrosis.

Despite the value of the method in the ‘179 patent, the Federal Circuit nevertheless found the patent invalid. In applying the first step of the Alice/Mayo test, determining whether claim 1 is directed to a patent-ineligible concept, the court concluded that the claim is necessarily directed to an underlying law of nature. The court explained that product of claim 1 is “information about a patient’s natural genetic makeup – at least one coding region allele,” and thus the claim “relies on linkage disequilibrium,” a law of nature. The court noted that like in Mayo, the focus of the advancement in the ‘179 patent over the prior art is newly discovered information about human biology. The Federal Circuit also likened the case to its recent decision in Ariosa v. Sequenom, where claims covering a method of detecting fetal DNA by amplifying and analyzing cell-free fetal DNA were deemed directed to unpatentable subject matter.

In applying the second step of the Alice/Mayo test, examining the elements of the claim to determine whether it contains an inventive concept sufficient to transform the claimed law of nature into a patent-eligible application, the Federal Circuit again relied on Mayo and Ariosa in concluding that claim 1 was patent ineligible. Quoting Mayo, the court stated that claims directed to law of nature are patent ineligible when they “involve well-understood, routine, conventional activity previously engaged in by researchers in the field.” The court found the claims of the ‘179 patent “directly comparable” to those in Ariosa, and concluded that “the physical steps of DNA amplification and analysis of the amplified DNA…do not, individually or in combination, provide sufficient inventive concept to render claim 1 patent eligible.”

Shortly after the Federal Circuit issued its decision in Genetic Technologies, David Kappos, the former director of the U.S. Patent and Trademark Office, expressed concern that § 101 is causing more harm than good in the U.S. patent system. Kappos stated that the broad interpretation by lower courts of the Supreme Court’s decisions in Mayo, Myriad, and Alice is preventing important innovations, particularly in biotechnology and software, from obtaining patent protection. Meanwhile, patent protection in these two areas can be obtained in places like Europe and Asia, which lack a stringent patentable subject matter requirement like § 101. The implications of this, according to Kappos, is that American businesses focused on software and biotechnology are left defenseless, as foreign companies competing in the U.S. market now have unencumbered access to important innovations in these critical areas.

Kappos, along with others, have called for Congress to intervene, perhaps by eliminating § 101 altogether. It is unclear whether Congress will intervene. In the meantime, patent practitioners can still carefully craft method claims that would likely meet the requirements of the two-part Mayo/Alice test. For example, if a method claim recites a new technology or machine and does not just apply a known technique to a newly discovered natural phenomenon, the method is more likely to be found patent eligible. Likewise, if a method modifies or creates a new naturally-derived product that does more than embody newly discovered information, the method may be patent eligible.