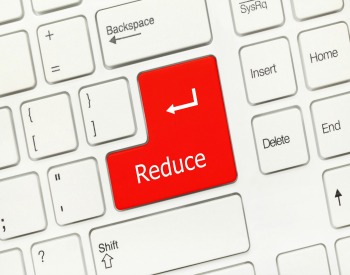 A Patent holder bringing an infringement suit sometimes brings suit to enforce hundreds of patent claims and may have little motivation to drop asserted claims until late in the litigation, leaving a defendant and the Court with numerous claims in the pre-trial phase. A recent case before Magistrate Judge Bowbeer offered further guidance on how and when courts should reduce the number of asserted claims.

The defendant brought a motion to compel the reduction of claims in a case where the patentee had asserted 117 claims (i.e., all claims of the five patents-in-suit). Magistrate Judge Bowbeer noted that the Federal Circuit and the District of Minnesota have provided some guidance on how and when courts should reduce the number of asserted claims. For example, she highlighted a recent decision from Magistrate Judge Noel, in which he concluded that claim reduction should not occur before defendants have served invalidity and non-infringement contentions, but waiting to reduce claims until after claim construction would be too late in the litigation process. While Magistrate Judge Noel provided a window during which claim reduction should occur, it was still unclear whether the reduction should be required prior to claim construction.

Magistrate Judge Bowbeer then referenced “a phased approach” to claim reduction that has been used by other district courts and noted that a 2013 model order from the Federal Circuit Advisory Council also provides for phased claim reductions. See Federal Circuit Advisory Council, “A Model Order Limiting Excess Patent Claims and Prior Art,” (July 23, 2013) (proposing an initial election of asserted claims, with a final election of asserted claims occurring 28 days after the Court issues its claim construction order).

Taking into account the limits set by orders in this District and others, Magistrate Judge Bowbeer ordered that plaintiffs reduce the number of asserted claims to 25; that plaintiffs must further reduce the number of asserted claims to 15 within 21 days of the claim construction order; and that plaintiffs may only add and/or substitute a claim with leave of the Court for good cause shown after demonstrating that the claim presents unique questions of validity, infringement, or damages.

Magistrate Judge Bowbeer’s recent decision appears to endorse the “phased approach” to claim reduction that is referenced in the 2013 model order from the Federal Circuit Advisory Council and offers additional guidance to litigants regarding the deadline by which a patentee must reduce its asserted claims to a reasonable number.