Pleading Willfulness in the District of Minnesota Post-Halo 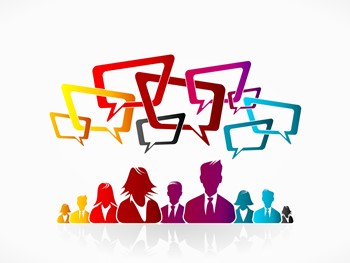 Over a year after the Supreme Court’s decision in Halo Electronics, district courts continue to disagree over what is required to adequately plead a claim for willful infringement. The District of Minnesota is beginning to enter the fray.

As we’ve previously described, in Halo Electronics, Inc. v. Pulse Electronics, Inc., 136 S. Ct. 1923 (2016), the Supreme Court rejected the Federal Circuit’s standard for proving willfulness as too rigid. The Supreme Court reasoned that “no precise rule or formula” applied for awarding enhanced damages under 35 U.S.C. § 284. Id. at 1932. Instead, the decision to enhance damages for willful infringement is left to the discretion of the district courts and is based on the particular facts of each case. Id. at 1931-33.

Armed with Halo, patent holders seeking to allege willful infringement are facing uncertainty at the first step of the process: What must they plead to adequately state a claim for willfulness? The Federal Circuit has yet to weigh in on this question. As a result, district courts across the country have been left to determine the sufficiency of willfulness pleadings.

The District of Minnesota Joins the Debate

In two recent decisions, judges in the District of Minnesota have signaled how they perceive the pleading requirements post-Halo. In both cases, the judges seemed to favor the first approach, finding the plaintiffs’ willful infringement claims adequate where those claims alleged only knowledge of the patent-in-suit and continued infringement.

In the second case, Judge Wilhelmina M. Wright denied a motion to dismiss a willfulness claim for failure to state a plausible claim for relief. Regents of the Univ. of Minn. v. LSI Corp. & Avago Techs. U.S. Inc., Case No. 16-cv-2891 (D. Minn. June 29, 2017) (denying the motion to dismiss without reference to the Halo opinion). The lawsuit involved allegations by the Regents of the University of Minnesota that the defendants infringe the University’s patent relating to a method for coding data to hard disk drives. In denying the defendants’ motion to dismiss the willfulness claim, Judge Wright relied on cases decided before Halo that state that a plaintiff’s complaint must “provide notice” of a willfulness allegation and that willfulness requires a showing that the infringer acted “despite an objectively high likelihood that its actions constituted infringement of a valid patent.” Because the complaint alleged that the defendants were aware of the patents-in-suit and knew that their conduct, or the conduct of their customers, was infringing, those allegations were “sufficient to give Defendants notice of the University’s allegation that their conduct was willful.”

Because of the small sample size of decisions on this issue, litigants should continue to watch how judges in the District of Minnesota approach the adequacy of willfulness pleadings. In the meantime, cautious patent holders may consider alleging some level of “egregiousness” to defend against the specter of defendants’ motions to dismiss.