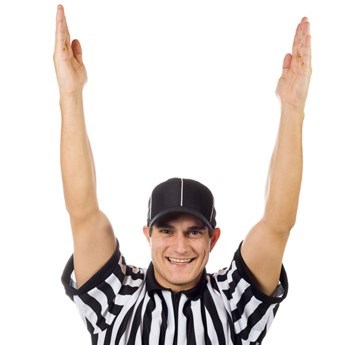 Football is once again underway in the U.S. Many thrilling moments in the game of football involve one team tying the score late and then prevailing in overtime. Much like overtime being provided in the game of football, two pilot programs initiated by the U.S. Patent and Trademark Office (USPTO) have provided forms of prosecution “overtime” for patent applicants.

The pilot programs, namely the After-Final Consideration Pilot 2.0 (AFCP 2.0) and Quick Path IDS (QPIDS) programs, were created by the USPTO to permit applicants further opportunities to attain allowance of a patent application, prior to having to continue examination via a Request for Continued Examination (RCE) filing. Of course, requesting continued examination via RCE filing is of value in that an applicant can initiate a further round of examination with the USPTO. And, in some cases, filing a RCE can be found to be the best strategy. However, such RCE filing carries a hefty fee needing to be paid to the USPTO, presently $1,200 for a large entity for a first filing ($600 for small) and increasing to $1,700 ($850 for small entity) for each subsequent RCE filing. Thus, there is definite cost incentive to avoid RCE filings, if possible.

The AFCP 2.0 program was created for scenarios in which a final rejection is issued. Particularly, a request filed under the program permits examiners additional time to further search the technical art field in view of a response filed after the final rejection. Such additional time may also result in an interview being scheduled between examiner and applicant to discuss the additional search if the response filed with the request does not place the application in condition for allowance. Alternatively, the response may be found acceptable and the application allowed. Either way, the AFCP 2.0 program provides the applicant a means to close the gap between the state of the application at final rejection and potential allowance.

There are situations in which filing a request under the AFCP 2.0 program can be particularly advantageous. For example, if the claim amendments being made are relatively minor, such as when single terms are being further defined in view of relevant prior art and wholly new limitations are not being added to the claims. To that end, it is often good strategy to initially discuss the plan of filing under the AFCP 2.0 program with the examiner to confirm that such an approach is deemed appropriate for the case at hand.

The QPIDS program was created to address scenarios in which a patent application has been allowed and corresponding issue fee has been paid, only for the applicant to learn of new art that is potentially relevant to the allowed claims. While filing of a RCE is dictated for the program (along with information disclosure statement, listing the newly-discovered art for the USPTO to consider), the primary benefit is that the RCE fee is fully processed by the USPTO only if the disclosed art is deemed as being material to the allowed claims. On the other hand, if after consideration, the USPTO believes the newly-disclosed art is not material, the RCE fee would be refunded back to the applicant and a corrected Notice of Allowability would be issued. The takeaway is that the expense of filing an RCE, as would otherwise be required, may not be incurred under certain circumstances with the QPIDS program.

It is good news that the USPTO, by extending the terms of these pilot programs, appreciates the benefit of providing extra time for further consideration and potential allowance of patent applications. Of course, there are intricacies involved with each of these programs which would dictate whether your scenario is best suited therefor and which we would be pleased to discuss with you.