The 2020 Overtime Pay Rule: What Employers Need to Know 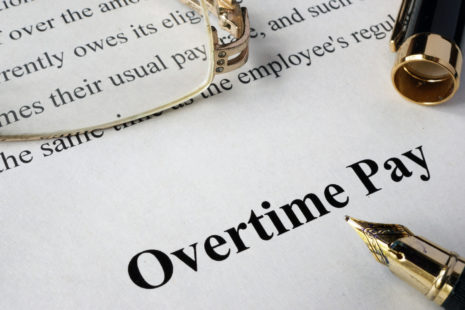 The DOL’s new overtime rule is likely to survive the legal challenges that stopped the 2016 rule from going into effect. In the meantime, what should employers do to prepare for the rule’s effective date?

Overview of the 2020 Overtime Pay Rule

On September 24, 2019, the Department of Labor (DOL) announced its final rule updating the salary threshold for the FLSA’s so-called “white collar” exemptions. The new rule is scheduled to go into effect January 1, 2020. The new rule increases the exempt salary threshold by $229 per week compared to the existing regulation, but is $229 less than the salary threshold in the Obama-era rule that a court prevented from going into effect in November 2016. The DOL’s 2020 final overtime rule makes the following changes from the 2004 overtime rules:

This is not the DOL’s first recent attempt to issue new overtime rules. The current standard salary is from the DOL’s 2004 overtime rule—enacted in the Bush era. Under the Obama administration in 2016, the DOL issued a final overtime rule that changed the standard salary level from $455 to $913. The 2016 rule was quickly challenged and, ultimately, an injunction issued, preventing it from going into effect.

Businesses and states banded together to challenge the 2016 Obama overtime rule. The 2016 overtime rule stated in relevant part that “[w]hite collar employees subject to the salary level test earning less than $913 per week will not qualify for the EAP exemption, and therefore will be eligible for overtime, irrespective of their job duties and responsibilities.” Judge Mazzant of the Eastern District of Texas took issue with the DOL’s use of the standard salary to define who was an EAP, rather than the employee’s duty. As a statutory interpretation matter, Judge Mazzant noted that Congress clearly expressed an intent to exempt all EAP employees, and not just EAP employees that made more than the standard salary. Because he found that the DOL’s rule was contrary to Congress’s intent, Judge Mazzant granted a preliminary injunction that stopped the 2016 rule from going into effect. The preliminary injunction was appealed to the Fifth Circuit, but the appeal was stayed pending the DOL’s issuance of the 2020 rule.

While the preliminary injunction was being appealed, Judge Mazzant granted summary judgement against the DOL, finding that the 2016 rule exceeded the DOL’s power for many of the same reasons that he granted the preliminary injunction. Notably, while the DOL is authorized to issue regulations relating to the EAP exemption, the DOL’s use of salary in the 2016 rule as an approximation for when an employee is a bona fide EAP exceeded the DOL’s authority. The standard salary from the 2004 overtime rule ($455) was calculated differently than the 2016 standard salary—in fact, while the 2004 standard salary was “somewhere near the lower end of the range of prevailing salaries for [nonexempt] employees,” calculated as the 20th percentile of salaries for nonexempt employees, the 2016 rule’s standard salary ($913) was more than double that of 2004 and was calculated at the 40th percentile of salaries for nonexempt employees. Judge Mazzant noted that if the standard salary had been adjusted for inflation, rather than doubled, “we wouldn’t be here today.” This ruling was never appealed, as the DOL moved on to its 2020 overtime rule instead of pursuing the 2016 rule.