What a Difference a Year Makes: An Update on the DOL’s Over Time Rule 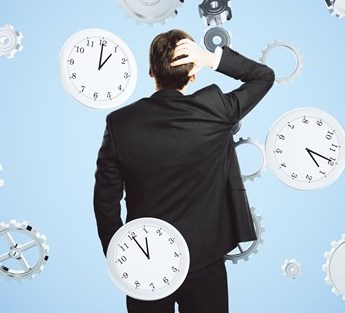 At this time last year, employers were deciding how to comply with the Department of Labor’s (DOL) new rule that more than doubled the salary threshold for exempt employees under the Fair Labor Standards Act (FLSA). Now that the rule has been enjoined, and the DOL is seeking input on a revised rule, employers may be left wondering where the FLSA white-collar exemptions stand and what their obligations are.

Days before the revised DOL rule was set to take effect on December 1, 2016, a federal district court judge in Texas handed down an order that temporarily prevented the DOL from enforcing the increased salary threshold, questioning the DOL’s authority to issue the new rule in the first place. The DOL initially appealed that decision but requested extensions in the briefing schedule after President’s Trump inauguration as the new administration decided whether, or how vigorously, to defend the controversial rule.

Then on July 26, 2017, the DOL issued a Request for Information, which essentially restarts the process that had resulted in the previous rule increasing the salary threshold. The DOL’s new request, however, is not limited to the salary threshold but seeks input from employers and other interested parties on all aspects of the white-collar exemptions, including the amount of the salary threshold, whether the threshold should be indexed for inflation, and how an employee’s duties should be tested to determine applicability of the exemption.

In the meantime, the DOL also filed its final brief in the appeal over the increased salary threshold—asking the U.S. Court of Appeals for the Fifth Circuit to reverse the prior decision and find that the DOL has authority to set a salary-level test. On September 5, the administration asked the Fifth Circuit to dismiss its appeal. Adding to the confusion, the same federal judge that had initially enjoined enforcement of the increased salary threshold issued challengers a win on the merits on August 31, echoing the reasons he had originally paused implementation of the rule nationwide; whether the DOL will appeal that decision remains to be seen.

What Employers Should Do

Because the increased salary threshold has not taken effect, employers are not required to comply with the rule, which would have increased the salary required for the exemption to $913 per week or $47,476 per year. Employers that had diligently prepared for this rule to take effect prior to its effective date can either (1) maintain course and keep in place the steps taken for compliance or (2) reverse any action taken to comply, though there may be practical reasons for not doing so (e.g., employee morale involved with pay cuts).

Employers may also consider providing the DOL with input on the new rule—both suggestions on what they think the new rule should look like and how certain changes (like doubling the salary threshold) could impact their business. The DOL’s request, as well as statements from the new administration, indicate that it is open to this feedback from employers and the business community. Information about submitting feedback can be found here. Any feedback must be submitted by September 25.

Employers should continue to monitor developments from both courts and the DOL regarding the white-collar exemptions and engage counsel as appropriate. The only certain thing is that the rule will change.

If you would like assistance with any wage-and-hour or employee classification issues or submitting feedback to the DOL on revising the rule for white-collar exemptions, or if you have other questions related to your obligations under these laws, please contact one of our Employment & Labor Group attorneys.